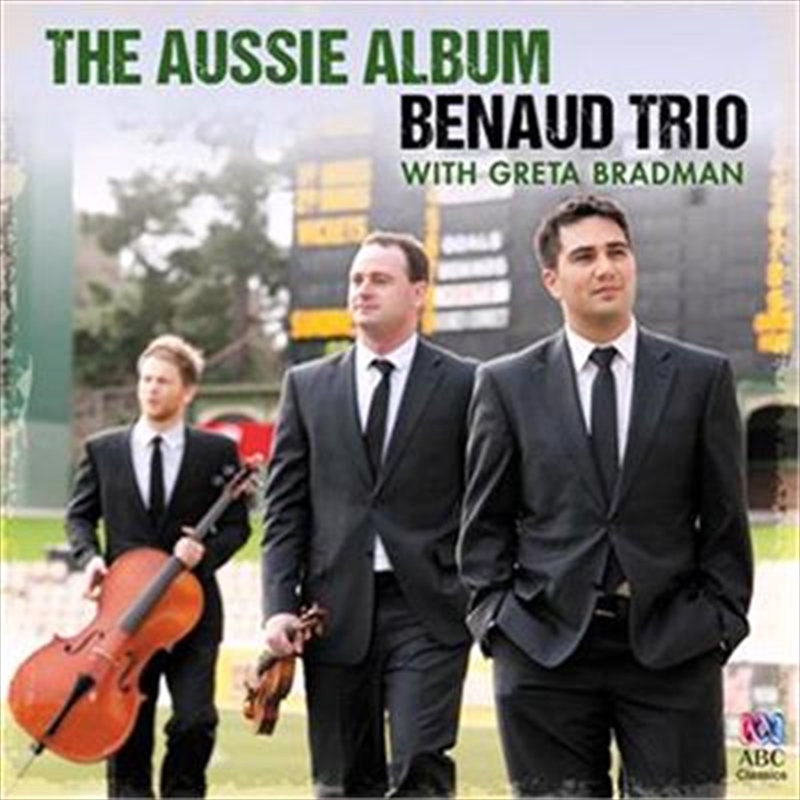 The Benaud Trio return with The Aussie Album, a beautiful and arresting collection of works that captures modern-day Australia through music.

Using Percy Grainger's 'Colonial Song' as its starting point, The Aussie Album touches on questions about what it means to be here and now: our 'it's complicated' relationship with Europe, finding community in our modern lives, the development of a uniquely Australian artistic sensibility and, of course, cricket.

Featuring works by Percy Grainger, Paul Stanhope, Nicole Murphy, Carl Vine, Iain Grandage and Matthew Hindson – including six world premiere recordings and four works commissioned by the Benaud Trio – The Aussie Album explores the fundamental question: "What does it mean to be Australian?"

They are joined in this stunning recording by star soprano Greta Bradman, whose recent stage performances and recordings have cemented her status as a singer of immense warmth and artistry.

The Benaud Trio is one of Australia's finest chamber ensembles. Formed in Melbourne in 2005, pianist Amir Farid, violinist Lachlan Bramble, and cellist Ewen Bramble have established themselves as formidable performers of both the standard repertoire and music with a pop/jazz influence, and great champions of works by Australian composers.

5. III. Song of the Seven Maidens (Theory of the Rainbow) (f. Greta Bradman)