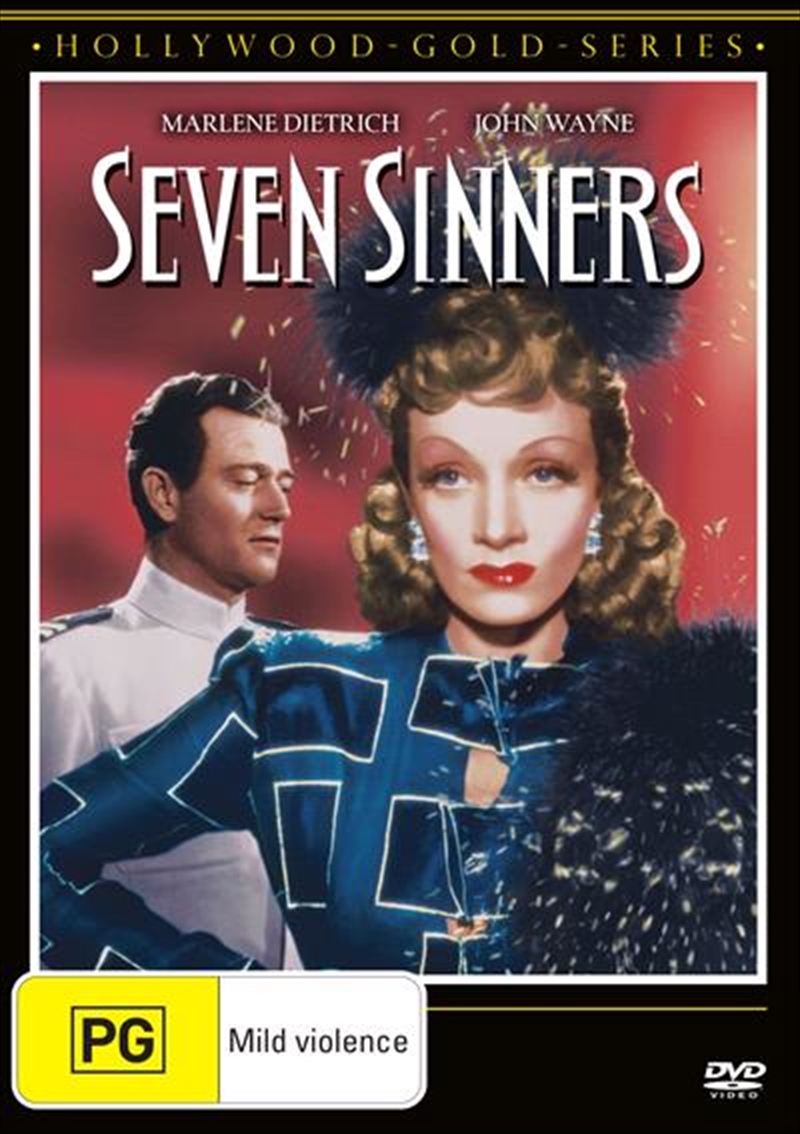 Marlene Dietrich stars opposite John Wayne as sexy saloon singer Bijou Blanche, who's as quick with a comeback as she is with a come on, in Seven Sinners. Deported from every South Sea island on which she has ever performed, Bijou winds up in Boni Komba at the Seven Sinners Cafe, convincing the manager that she will break only hearts, not bar stools. Bijou soon charms a handsome Navy officer (Wayne), who falls deeply in love with the woman his superiors refer to as a naval "destroyer". When a spiteful admirer of Bijou's resorts to violence to keep the lovers apart, the glamorous chanteuse proves she will do anything - especially the unexpected - for the man she loves. Dietrich sizzles on screen singing her trademark, husky renditions of "I've Been in Love Before" and "The Man's in the Navy" in this sultry tropical romance.
DETAILS