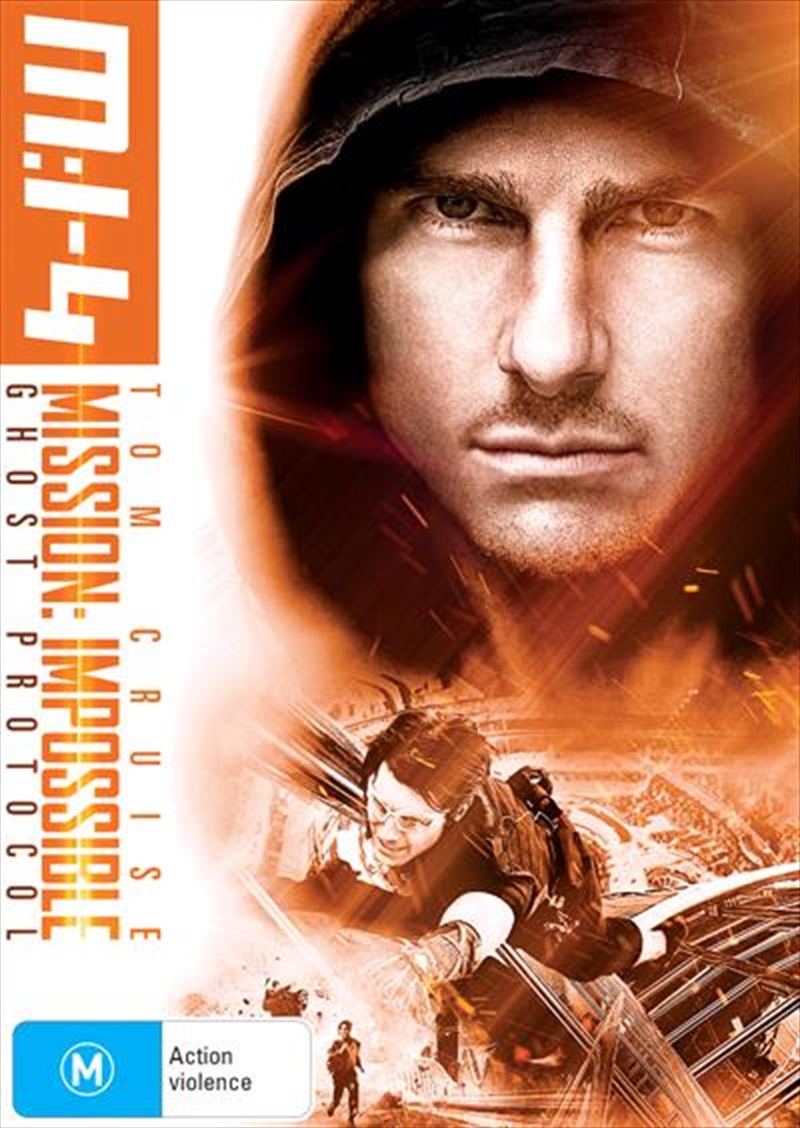 No Plan. No Backup. No Choice.

This is just not another mission. Ethan Hunt and his rouge team must go undercover to clear their organisation's name.

No help, no contact, off the grid. You have never seen a mission grittier and more intense than this. In the 4th installment of the Mission Impossible series, Ethan Hunt and his team are racing against time to track down a dangerous terrorist named Hendricks, who has gained access to Russian nuclear launch codes and is planning a strike on the United States.

An attempt by the team to stop him at the Kremlin ends in a disaster, with an explosion causing severe destruction to the Kremlin and the IMF being implicated in the bombing, forcing the President to invoke Ghost Protocol, under which the IMF is disavowed, and will be offered no help or backup in any form.

Undaunted, Ethan and his team chase Hendricks to Dubai, and from there to Mumbai, but several spectacular action sequences later, they might still be too late to stop a disaster.