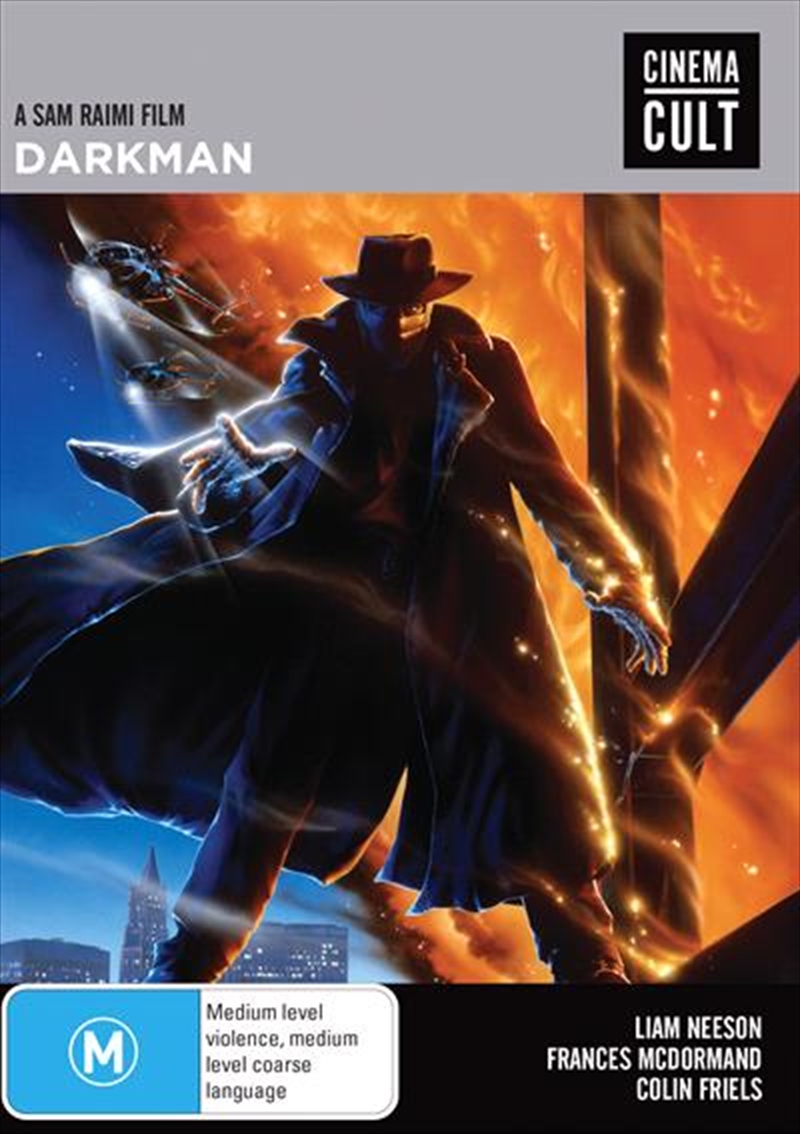 Dr. Peyton Westlake (Liam Neeson) is on the verge of realizing a major breakthrough in synthetic skin when a gang, led by the sadistic Robert G. Durant (Larry Drake), obliterates his laboratory.

Burned beyond recognition and altered by an experimental medical procedure, Westlake attempts to rebuild his laboratory and reestablish ties with his former girlfriend Julie (Frances McDormand).

But his most challenging task lies within himself.Torn between his desire to create a new life with Julie and his quest for revenge, the man known as Darkman begins to assume alternate identities in this stunning, fast-paced action thriller from director Sam Raimi.