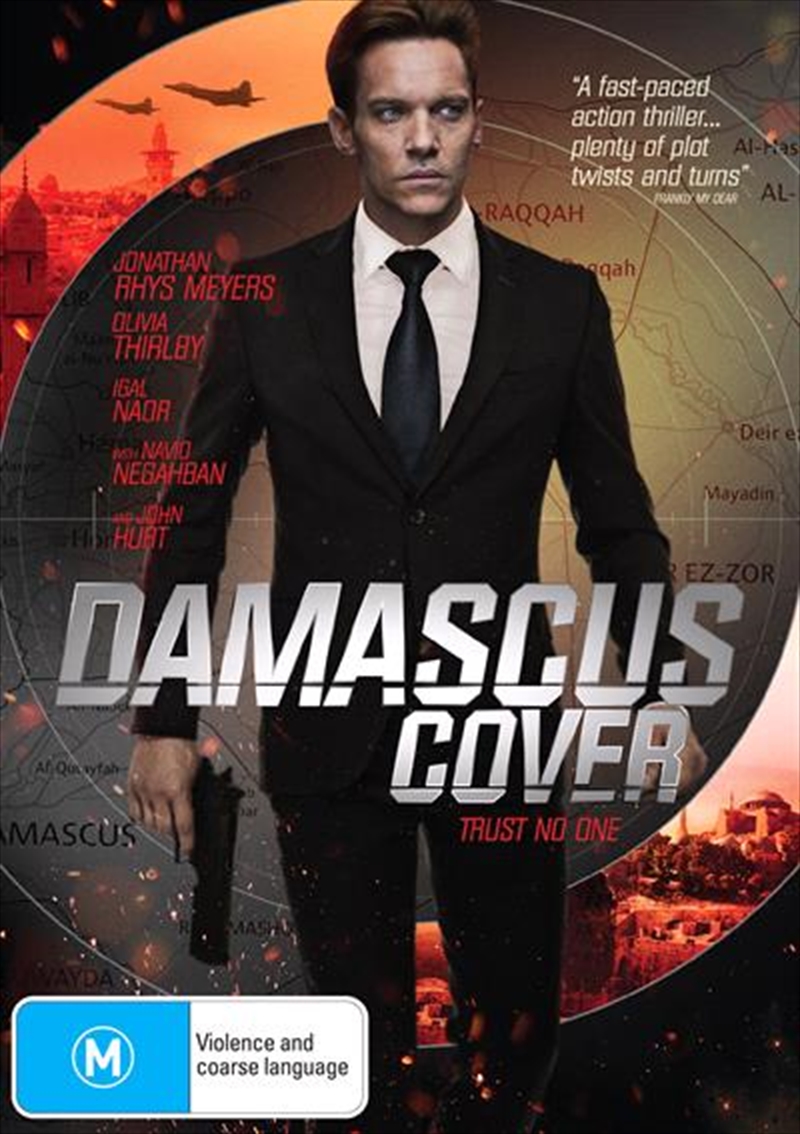 In this dramatic thriller, a veteran spy is sent undercover to smuggle a chemical weapons scientist and his family out of Damascus. Within days of arriving things start to go wrong; hes being followed, his partner doesnt show up, and a mysterious group of men are trying to kill him. Soon, this supposedly routine mission unravels completely, revealing a string of murderous conspirators. Now, marked for death and caught amid a maddening puzzle, he must risk everything in a desperate bid to escape Syria and ultimately save his life. Starring Jonathan Rhys Meyers and John Hurt, Damascus Cover is a modern and gripping tale of espionage and betrayal.