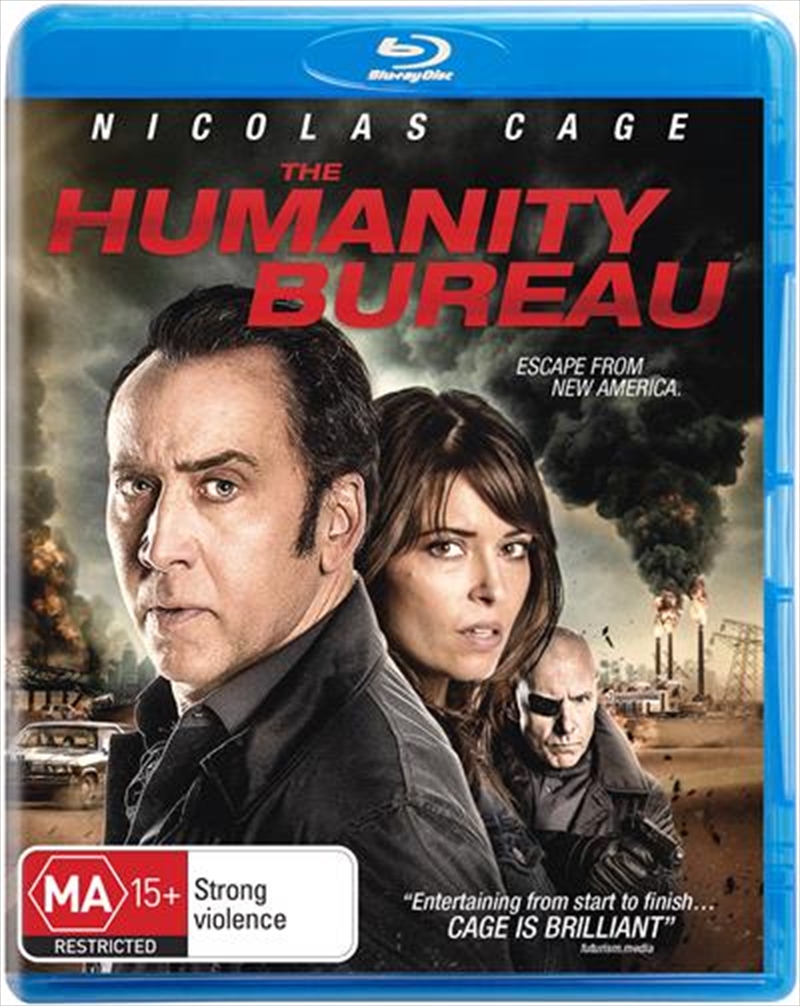 Yes, Obamacare.
Audience favourite Nicolas Cage stars in this action-packed thriller set in a world ravaged by climate change and economic catastrophe. The year is 2030 and, in a desperate attempt to restore society, the Government has created The Humanity Bureau whose job is to assess and remove citizens deemed to be a burden on the system.

When veteran Agent Noah Kross (Cage) is sent to investigate the case of a single mother and her young son, it sets off a chain of events that could change everything, exposing the Bureau's secret methods and the fate of those it has judged.