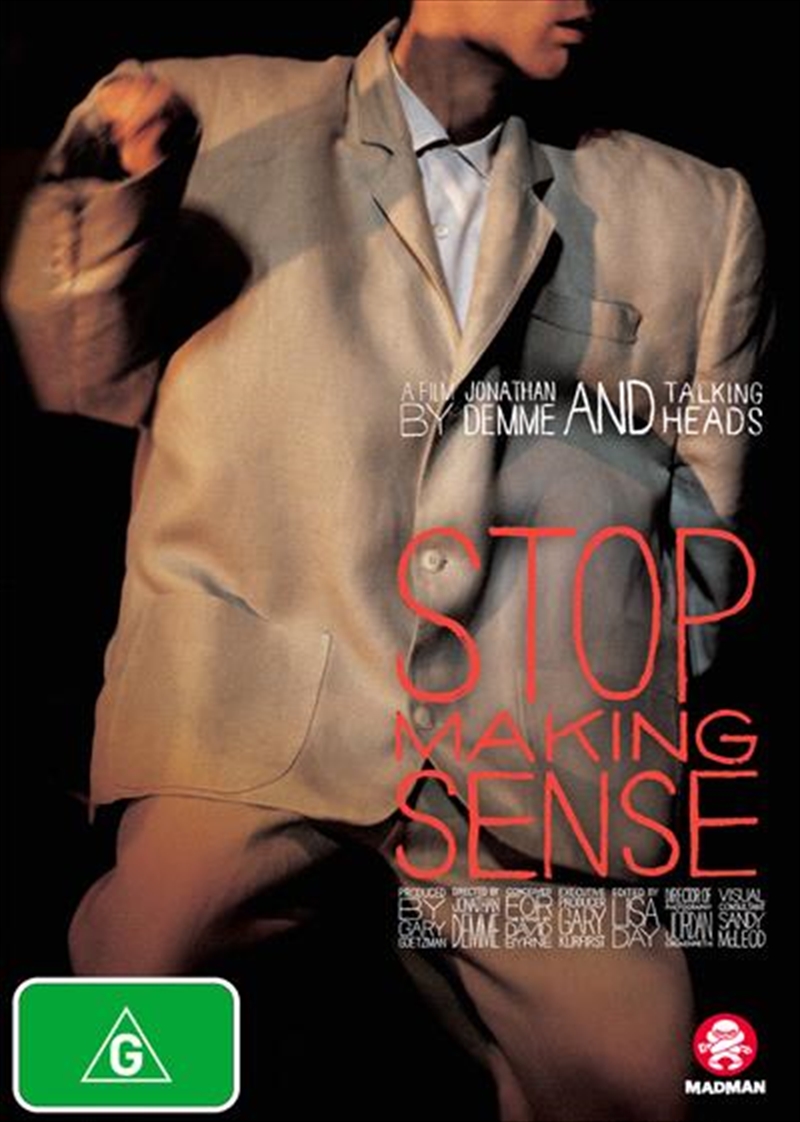 Why stop making sense? Why a movie? Why a big suit? Where do the odd movements come from? What will the band do next?

This quintessential music film features the incredible music of Talking Heads. Jonathan Demme revolutionised the art of shooting rock concerts with this innovative and lively record of the Talking Heads. Filmed at the Pantages Theater in Los Angeles, California, this video cements the group's place as one of the day's most unique rock groups. Among the 18 songs included are Take Me to the River, Once in a Lifetime, and Burnin' Down the House. Starting with a solo by David Byrne, the film escalates as the other members join in. Those who aren't familiar with the work of seminal 1980s band The Talking Heads may find themselves becoming instant fans after viewing this incredibly entertaining concert film. Director Jonathan Demme (SILENCE OF THE LAMBS, PHILADEPLPHIA) expertly captures the music's energy, fusing cinema with performance to create something more than the sum of its parts.