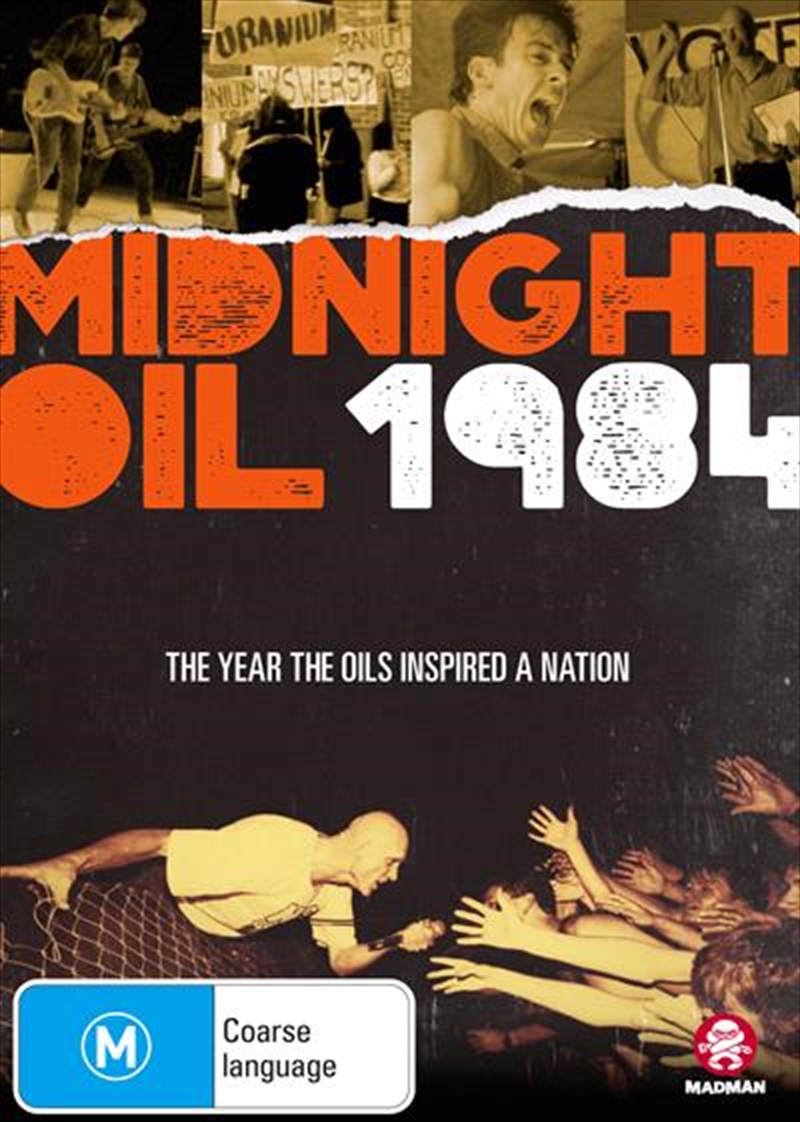 MIDNIGHT OIL 1984 is the story of the sweat soaked, hard working rock n roll band whose music galvanised a generation of young Australians. Featuring the biggest hits from their most legendary shows, watching the Midnight Oil 1984 movie is like having an Access All Areas pass which gets you behind the scenes and into where the action is. You can feel the awesome energy on stage and witness the personal struggles of the band members as they try to balance the equally compelling demands of both music and politics when lead singer Peter Garrett decides to join the race for an Australian Government Senate seat. Unique in the rock n roll movie genre, Midnight Oil 1984 is a big, wide screen, Dolby Surround sound movie, full of good humour, starring a band who believe in the power of music to change the world.