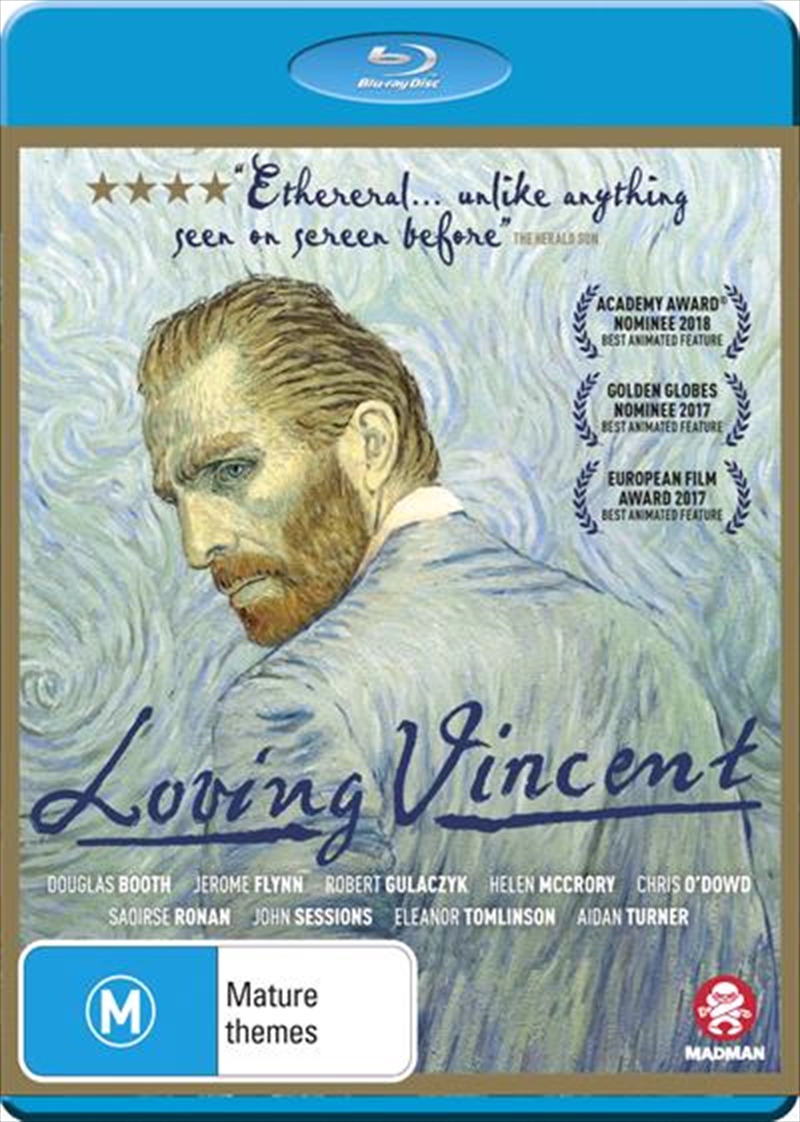 The truth is, we cannot speak other than by our paintings.

France, Summer 1891. Armand Roulin (Douglas Booth), a feckless and directionless young man, is given a letter by his father, Postman Joseph Roulin (Chris ODowd), to hand-deliver to Paris. He is to deliver it to the brother of his fathers friend Vincent van Gogh who, they have just heard, killed himself. Armand is none too pleased with the mission: he is embarrassed by his fathers association with Vincent, a foreign painter who cut off his ear and was committed to the local asylum. In Paris there is no trace of the brother. Armands search leads him to the paint supplier, Pere Tanguy (John Sessions), who tells him that the brother died shortly after Vincent, apparently destroyed by the death of his older brother. Pere recounts how the brother helped Vincent on this incredible transformation from a down-and-out at 28 who had failed at three careers and was living in a barn in the mining district of the Borinage in Belgium with a bunch of books and no idea what to do next, to the new artistic sensation of Paris at the time of his death 10 years later. After hearing this story Armand believes he may have misjudged his fathers friend, and really wants to know why, after such struggle, Vincent chose the moment of impending success to take his life: Pere has no answer to this. Armand journeys on to Vincents final destination, the quiet village of Auvers-sur-Oise, an hour outside Paris, to meet Doctor Paul Gachet (Jerome Flynn), Vincents doctor in his final weeks, to find the answer. The doctor is away for couple of days. Armand resolves to wait, during which time the villagers tell him different theories of why Vincent took his life and who is to blame. While in Auvers-sur-Oise Armand stays at the Ravoux Inn, where Vincent stayed for the last 10 weeks of his life, and where on 29th July 1890 he died of a bullet wound to his abdomen. Here Armand meets the Inn-keepers daughter, Adeline Ravoux (Eleanor Tomlinson). While he awaits Doctor Gachets return, Armand also interviews Doctor Gachets housekeeper, Louise Chevalier (Helen McCrory), the Doctors daughter, Marguerite Gachet (Saoirse Ronan), and by the river where Vincent often spent his days he meets the Boatman (Aidan Turner). Armand gets the sense that the truth is being hidden from him, and feels like a pawn in overlapping village feuds. Armand is determined to root out the truth, for his father, for Vincents memory, and for himself. A run in with the local police, an unexpected encounter with a second Doctor, and finally his much-anticipated meeting with the mercurial Doctor Gachet, lead to unexpected and heart-rending revelations, but also to Armand understanding and appreciating the passionate and surprising life of Vincent van Gogh.