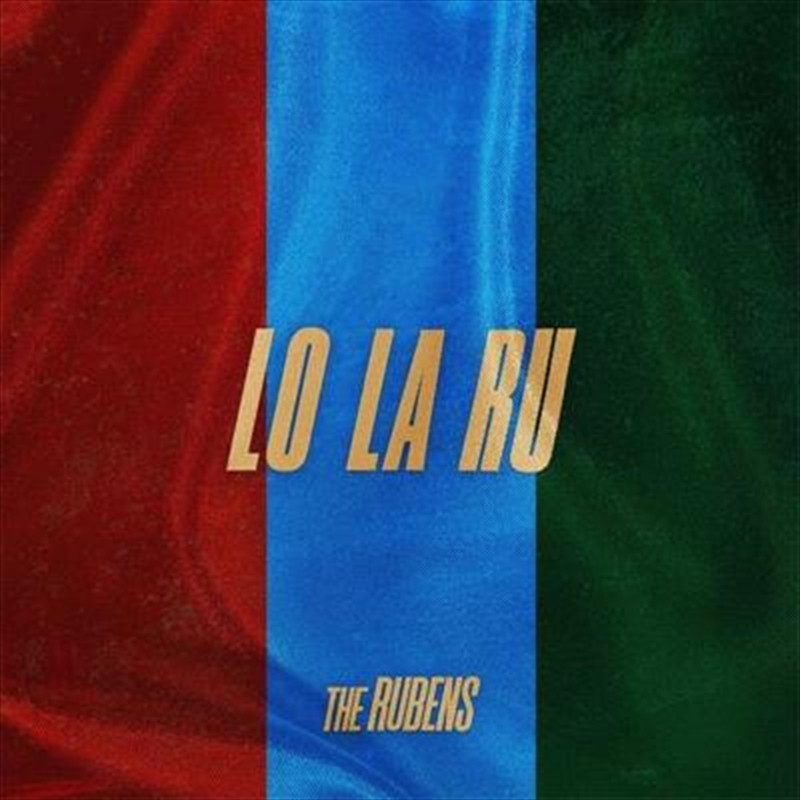 Picking from where their triple j Hottest 100 topping single ‘Hoops’ left off, The Rubens are set to make a huge return with the forthcoming release of their third album, LO LA RU.

Lead single ‘Never Ever’ features Grammy Award nominated songwriter Sarah Aarons – a relatable and heart wrenching tale with Sam Margin and Sarah’s voices acting as yin and yang, so different, but so perfectly matched and harmonious within the track.

2018 has already been a huge year for The Rubens. After last year’s October release of the exuberant party jam ‘Million Man’, the first taste of LO LA RU, the band played to local audiences at the likes of The Sydney Opera House and The Forum before embarking on a global tour – one that saw the band sell out shows in Vancouver, Toronto, Chicago & London. Indeed, the band are back and eager to build on the excitement of their first two albums, The Rubens & Hoops, which have gone Platinum and Gold respectively in Australia thanks to hits ‘Hoops’, ‘Hallelujah’, ‘Lay It Down’, ‘My Gun’ & more.

Review of The Rubens - Lo La Ru by Thomas Bleach

The Rubens are a name that you can’t escape in the Australian music industry. They cemented their status with their debut ‘self titled’ album which featured the breakthrough favourites ‘My Gun’ and ‘Lay it Down’. But it was their sophomore studio album ‘Hoops’ which heard the title track topping The Triple J Hottest 100 in 2015 and saw them selling out shows across the country and extensively touring the world. An impressive feat for a band from the outskirts of Sydney and they are hoping to do it all over again with their third studio album ‘Lo La Ru’. The band have got the massive task of opening for P!nk on her HUGE 42 date Australian and New Zealand ‘Beautiful Trauma Tour’. So it doesn't come by much surprise that this album hears them shifting towards a more mainstream inspired sound that is arena and festival ready. Lead single and opening track ‘Million Man’ introduces that shift with one of their catchiest songs yet. While it was really gimmicky it worked with it being added to heavy rotation on commercial radio. The album continues the brassy production with the funky ‘Go On’ and ‘I Know’ that incorporates a slight RNB influence to their alternative pop-rock production. ‘Never Ever’ is the band’s classic pop ballad and while it is very different for them it works incredibly well. They inject their soulful meets funky production throughout the track which gives it a classic The Rubens layering. 'Freakout’ hears them getting a little soulful on their vocal delivery and offering a track which would suit best as their next single if ‘Go On’ gets snubbed. But towards the second half of the album it starts to become a little predictable with a similar production carrying the sound through. But the majority of the album is made up of big singalong hooks that are going to ignite their live show and impress crowds when they play to sold out arenas before P!nk comes on stage.
See more from Thomas on his website