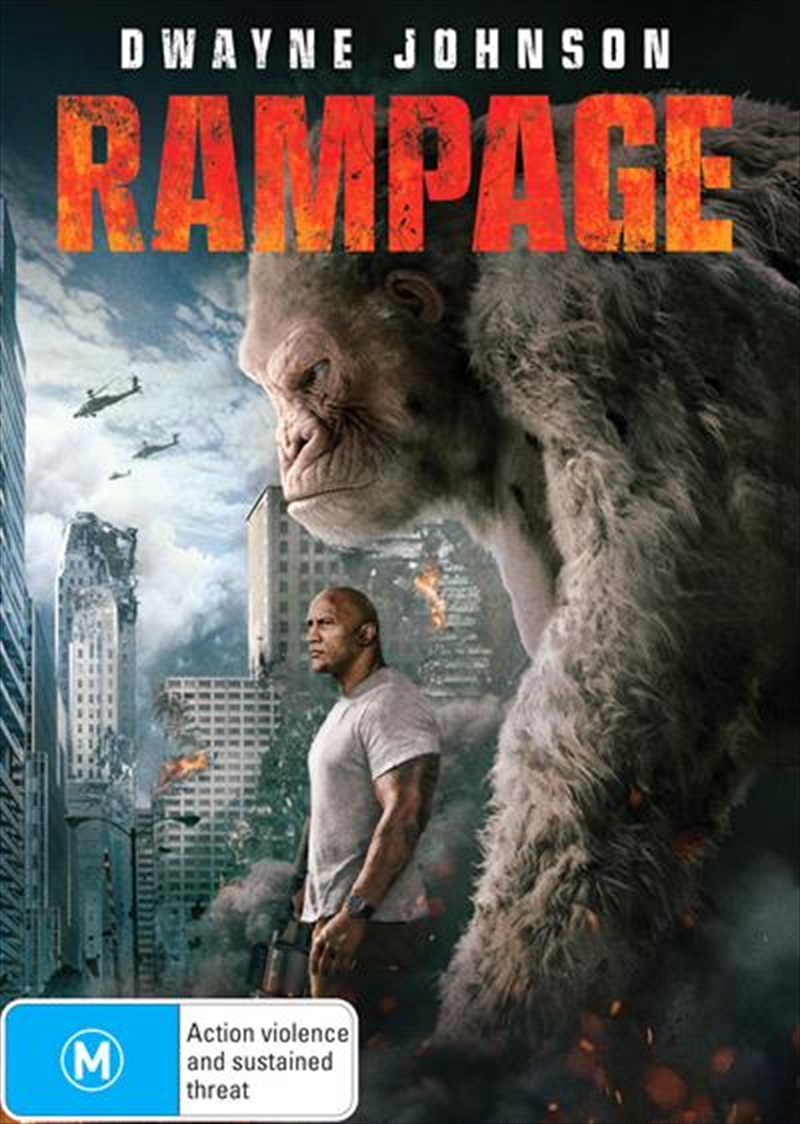 Primatologist Davis (Dwayne Johnson) shares an unshakable bond with George, the extraordinarily intelligent, silverback gorilla who has been in his care since birth. When a greed-fueled corporation's genetic experiment goes awry, George and other animals across the country are mutated into aggressive super creatures that rampage the city. In an adrenaline-filled ride, Davis tries to find an antidote to not only halt a global catastrophe, but to also save the fearsome creature that was once his friend.