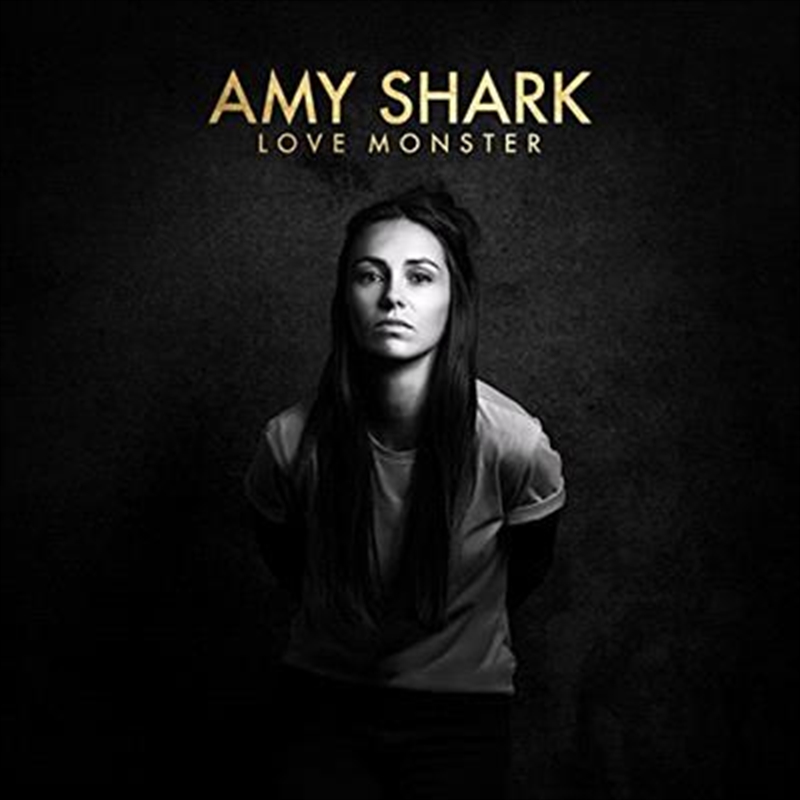 Having completely sold out two tours of Australia and returning home after an extensive stretch in Europe and North America – with sold out shows in major cities like Germany, London, New York, Los Angeles and Seattle – Amy Shark now prepares for the release of her debut album Love Monster (out July 13), a record which she describes as “ten times bigger and better” than the Night Thinker EP. If anyone can top it, she can.

“There’s a lot of love and demises and tales. It’s like my diary has opened up to another 13 more songs,” says Shark, who has pulled mega-star collaborators into her orbit to work on this debut. The album features ‘Adore’ and the new single ‘I Said Hi’.

There are just some albums that were destined to be heard and Amy Shark's 'Love Monster' is one of those records. It is an honest collection of 14 tracks that reflect on past and present relationships, friendships, heartbreak, confusion and everything in between. From the first listen you will be captivated and hooked but her raw honesty and unique storytelling that puts you in the middle of these experiences. The album opens with the simple guitar and percussion track ‘I Got You’ that hears her exploring dedication before launching into the hopeless romantic anthem ‘Adore’ that started it all. But from there the album shows a dramatic growth in production and storytelling with the Jack Antonoff produced ‘All Loved Up’. This song is something else. It’s a cinematic and beautiful track full of confusion and love that hears her tapping into the brain of anyone who has been in love and loves to overthink. “All loved up in a world I can't explain”. The production is very dreamy and is melodically quite similar to her track ‘Sink In’ from the ‘Love, Simon’ soundtrack. She turns it up a notch for the self belief anthem ‘I Said Hi’ which hears her proving everyone who didn't believe in her wrong. She continues the fulfilled and angsty sound with the dramatic and cool ‘The Idiot’, ‘Never Coming Back’ and ‘Mess Her Up’ which have a slight Alanis Morissette inspired vocal delivery that oozes through. There's a whole lot of pure heart along with honest heartbreak on ‘Psycho’ that you can’t help but instantly feel in your gut. And along with the reflective lyrics you can’t help but get a very nostalgic feeling when hearing Mark Hoppus from Blink 182’s harmonies collide with Amy’s soothing melodies. This song has you feeling all the emotions instantly and as soon as that key change hits in the final chorus you will be pushing replay quicker than you can imagine. She adds in electronic synths for the catchy and relatable ‘Middle Of The Night’ and adds in strings for the moody ‘Leave Us Alone’. But where she really shines is her stripped back tracks full of raw emotion and heart. ‘The Slow Song’ will have your heart in a second with its romantic storyline while ‘You Think I Think I Sound Like God’ may just be one of her best songs with its honesty and production growth. The way the song’s tension builds until the final chorus is very cinematic and will have you in awe of her and ready to press replay. This whole album is impressive. It perfectly embodies every aspect of her as an artist and will leave you feeling like you know her personally with the autobiographical lyrics. The production hears her showcasing so many different moods and sounds while constantly strong and memorable hooks. Not only will this become a soundtrack to a lot of peoples life but it is also undoubtedly the best album of the year so far. A massive call but an easy one to make.
See more from Thomas on his website