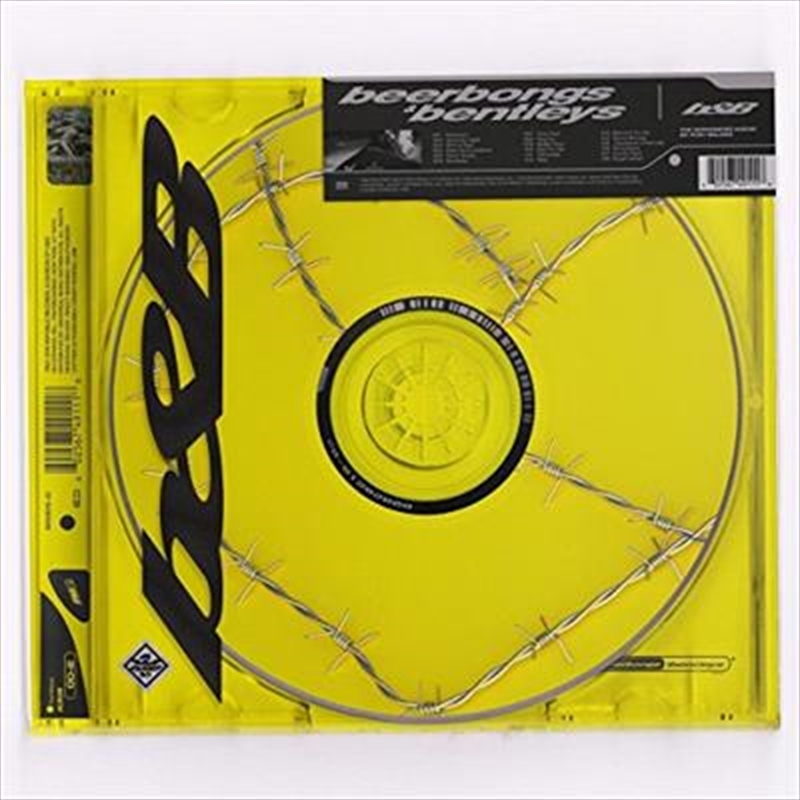 Current single from the album, 'Psycho', produced by Louis Bell and Post Malone is now platinum in Australia and the song arrived hot on the heels of the record-breaking, platinum, mega-smash hit "rockstar," featuring 21 Savage. "rockstar" shattered the record for "Longest #1 Run on the Spotify Global Chart," holding the top spot on the chart for an unprecedented and unmatched 114 days.

It almost feels like Post Malone has just blown up overnight but the singer-songwriter has been non-stop touring since 2016 and slowly crept into the mainstream circuit within the past 12 months. He’s become a force to be reckoned with sell out shows all over the world, multiple number ones and one hell of a supportive fanbase. His highly anticipated sophomore record “Beerbongs & Bentleys” is an 18 track collection of high energy and melodic hip-hop that perfectly combines the moods of 4am stoner reflection and in the moment angst. The album start off a slow with the mid tempo tracks “Paranoid” and ‘Rich & Sad”. But then he turns up the energy with the explosive “Rockstar” and angsty “Over Now” which will have you wanting to blast it while driving down a freeway. Lead single “Psycho” is a perfect representation of the melodic hip-hop sound that he delivers on the majority of this album. “Better Now” and “Otherside” stand out as some of the strongest tracks on this album because of this really genuine sound. While “Stay” introduces a stripped back acoustic guitar lead sound which surprisingly really suits him. His songwriting hasn't really evolved with him manly singing about the same topics as his debut album but there is a slight growth in his maturity on the more stripped back songs. The only downfall of this album is it’s length. It really could have been shortened to provide a bigger impact as some of this material crept into the filler category. However his fans are going to appreciate all 18 tracks and have this album on continuous replay so they aren’t really going to care.
See more from Thomas on his

10. "Ball for Me" featuring Nicki Minaj