Invention Of Lying, The 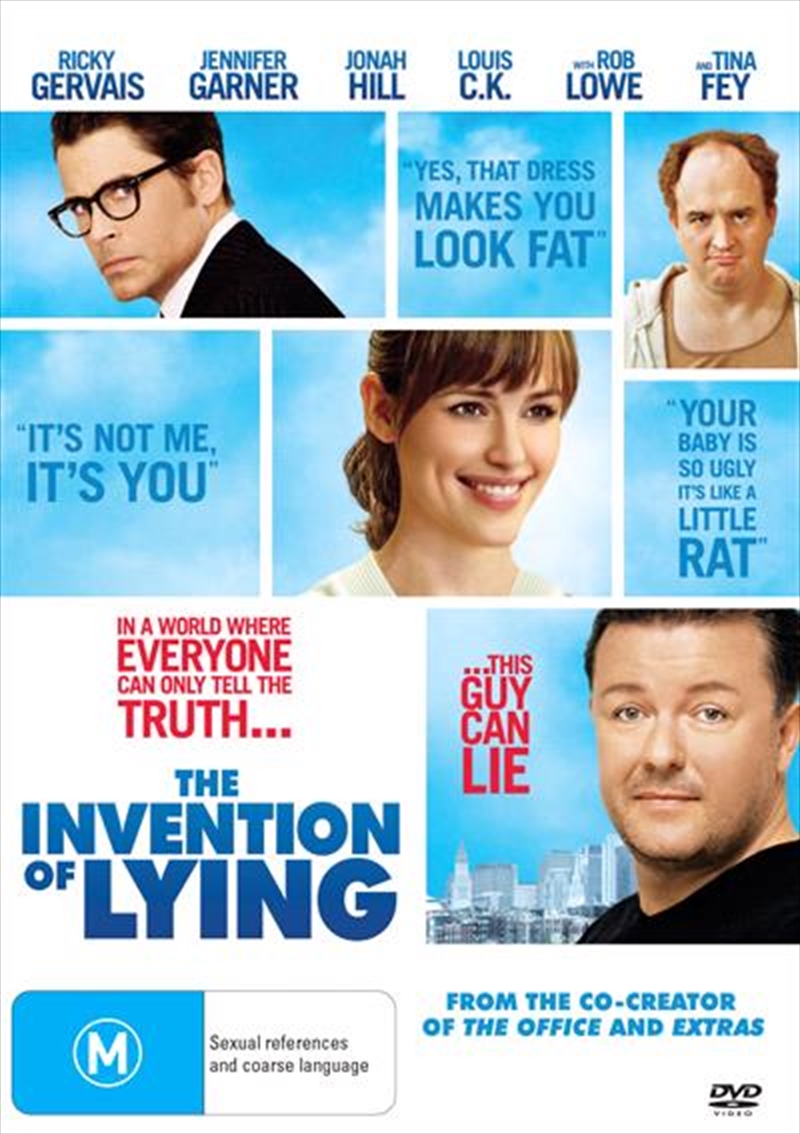 Invention Of Lying, The

The Invention Of Lying DVD

In a world where everyone can only tell the truth... ...this guy can lie.

Written and directed by Ricky Gervais and Matthew Robinson, this hilarious comedy takes place in an alternative reality in which lying does not exist.

Everyone, even politicians speaks the truth (and nothing but the truth). But when a loser named Mark (Gervais) discovers lying, he finds that dishonesty has its rewards. In a world where every word is assumed to be the absolute truth, Mark succeeds in lying his way to fame and fortune.

But things soon get out of control, as people start to treat his lies as gospel. He has the entire world hanging on his every word - but can he win the heart of the woman he loves?

Title: Invention Of Lying, The