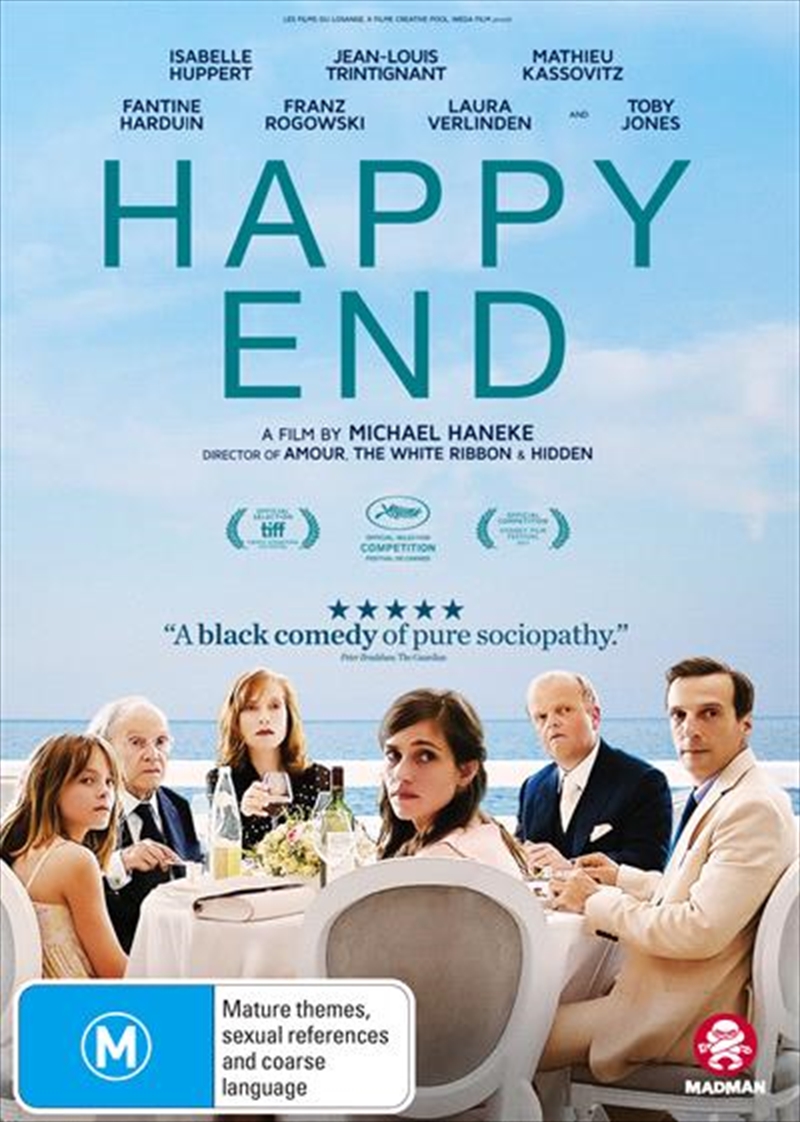 A black comedy of pure sociopathy

Gradually succumbing to dementia, George Laurent, the octogenarian patriarch of the Laurents, an affluent upper-bourgeois family, is uncomfortably sharing his palatial manor in Calais, the heart of the infamous migrant jungle, with his twice-married son, Thomas, and Anne, his workaholic daughter who has taken over the family construction business. Divorced and frigid, Anne has to handle the impact of a disastrous workplace accident caused by her disappointing son Pierre's negligence, while at the same time, the urgent hospitalisation of Thomas' ex-wife from a mysterious poisoning, leads his sulky 13-year-old daughter, ve, to live with her father and his new wife, Anais.

Undoubtedly, in this family, everyone has a skeleton in the closet, and as the fates of the Laurents enmesh with insistent and ignoble desires, a peculiar and disturbing alliance will form. But in the end, some secrets are bigger than others.