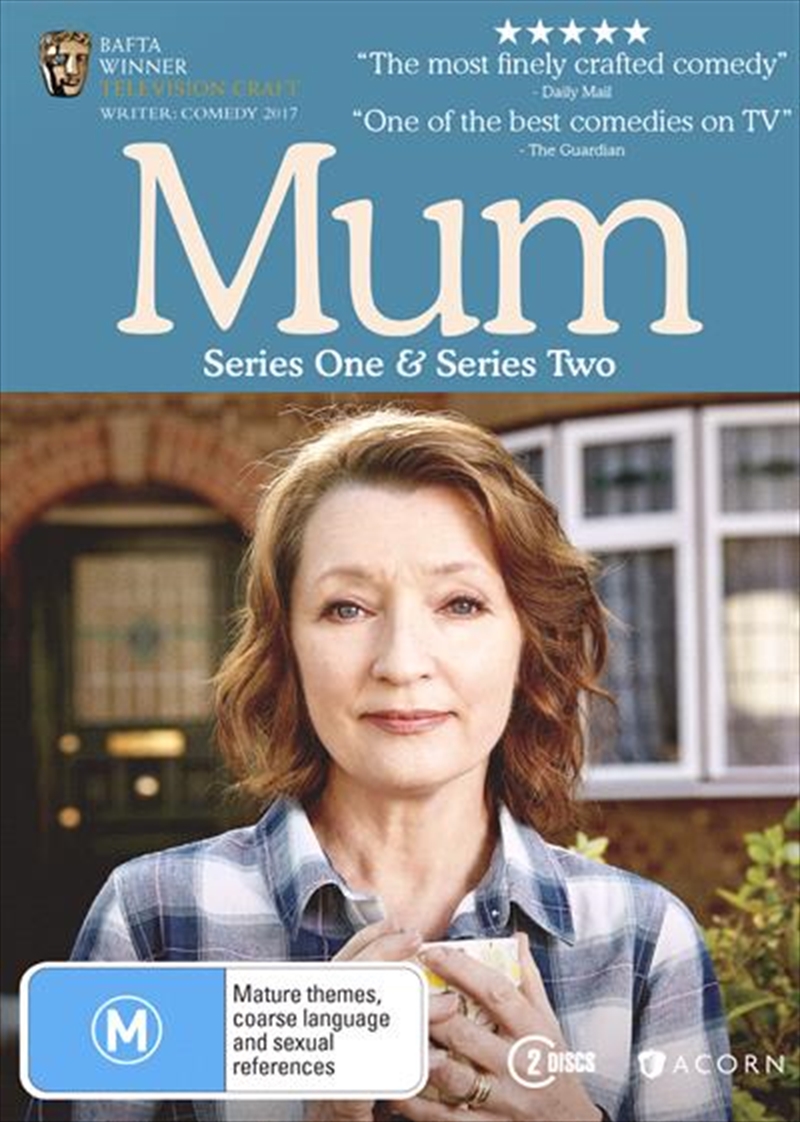 Shipping - See delivery options.
Postcode:
Quantity:
SEE MORE IN:
3 for $40 TV
Starring Olivier Award winner and BAFTA nominee Lesley Manville, Mum is a brand-new family comedy seen through the eyes of Cathy, a mother in her late fifties who finds herself at a milestone in life after the death of her husband. Over the course of one year, starting with the funeral in January and ending on New Year's Eve, Cathy must navigate the everyday realities of this new era of her life alongside the good intentions of her lovably baffling family. Offering a refreshingly funny and modern perspective on an often-overlooked stage in our lives, Mum is the story of a woman discovering who she is again and maybe, if she could only see him, finding love second time around...