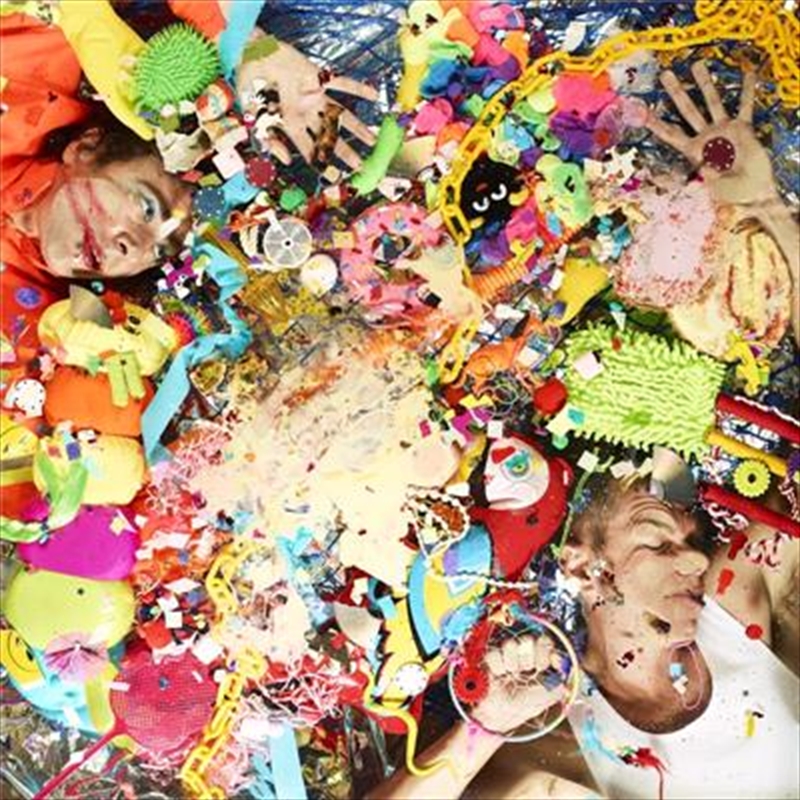 The Presets assembling an amazing array of collaborators on the record, Julian saying, “HI VIZ is our 4th studio album - an acid- soaked circle jerk of rave nuggets, cyber croons and pub techno, made with the help of our trusty friends Alison Wonderland, DMAs, Jake Shears, Shane Parsons (DZ Deathrays), Michael Di Francesco (Touch Sensitive), Rromarin, Fritz Helder… and…. hell, you get the idea - a whole stack of rad humans.
Way too many to mention here..”

Review of The Presets - Hi Viz by Thomas Bleach

I don’t think you will ever consciously forget the hook to ‘My People’. It’s just one of those songs that no matter where you are and if someone mentions or plays it you can instantly sing along and lose your mind to it. It’s easily one of Australia’s best dance moments and I am not even worried about making that big call. After taking a 5 year hiatus the electronic duo are back to their roots with their fourth studio album. ‘Hi Viz’ hears them returning to big club ready hook with big synth break downs. However their experimental third studio album isn't completely forgotten with some more alternative dance tracks thrown into the mix for good balance. It has it’s moments of highs but it also has a couple of forgettable electronic moments that blend in to everything else that is happening. Opening track ‘Knuckles’ is a little chaotic in the best way possible and it’s so ridiculous but so them at the same time. It has this pulsating synth layering that all of a sudden adds in shredding guitars and a trumpet to give this unusual and cool sound. The singles ‘Do What You Want’, ‘Downtown Shutdown’ and 14U+14ME’ give you those big hooks that you want to scream along to during their live set and just dance like no one is watching. These are the most commercial tracks on the record so it doesn't come as a surprise that they were chosen as the lead singles. ‘Martini’ is very reminiscent to their ‘Apocalypso’ album and will have you grooving while ‘Tools Down’ hears their ridiculous side shining through once again. The Alison Wonderland collaboration ‘Out Of Your Mind’ combines their two unique electronic sound together to create a cool moment that is kinda low key for them but works really well as all you want to do is dance in a dark club to it. ‘Beethoven’, ‘Brains’ and ‘Are You Here’ are quite forgettable and don’t stand out whilst the vulnerable ‘Feel Alone’ feels a little out of place. But they’ve created a great mix of tracks that have been ultimately created for their live set and will see them explode at festivals as well as their upcoming headlining shows. It may not be ‘Apocalypso’ but we are never going to get that again so this will do fine.
See more from Thomas on his website

6. Out Of Your Mind (Feat. Alison Wonderland)