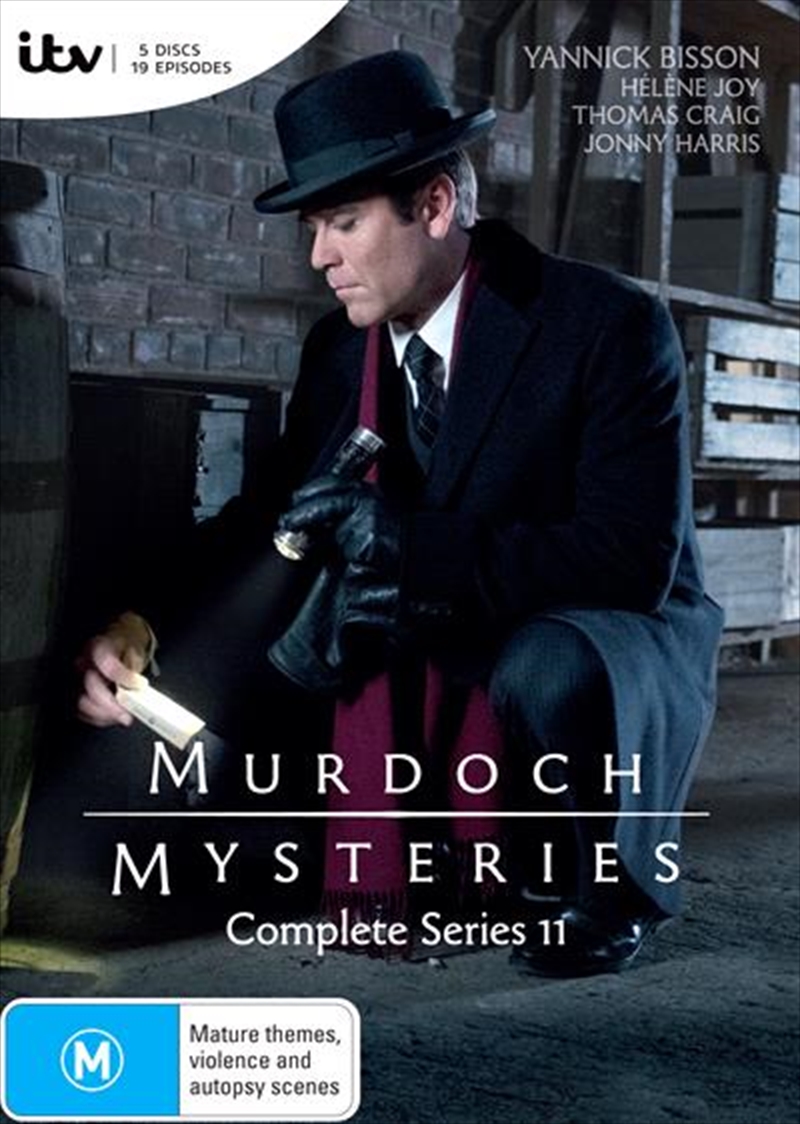 Forensic sleuthing in the age of invention.

Season eleven of the top-rated, internationally acclaimed series begins with Murdoch jailed and framed for the murder of a burlesque dancer. His constables were gunned down in an ambush, Brackenreid was last seen with a gun to his head, and the corrupt politician and his cronies responsible kidnapped Ogden. Murdoch must prove his innocence from behind bars, as Detective Llewellyn Watts helps covertly to solve the case. Cases feature the return of Alexander Graham Bell, who assists Murdoch after a guest is murdered at a unique dinner honouring Helen Keller. A bizarre automobile accident must be solved before a deadly deadline, and a radical surgeons attempts to perform an organ transplant operation are disrupted by Christian Science founder Mary Baker Eddy. After a painter is found murdered, Brackenreid picks up his paintbrush again to investigate, attracting the attention of a lascivious patron. And when a series of elderly men commit suicide, overzealous reporter Louise Cherry lambastes Dr. Charles Osler, the father of modern medicine. And, Brackenreids son John makes a career choice against the wishes of his mother Margaret.
DETAILS