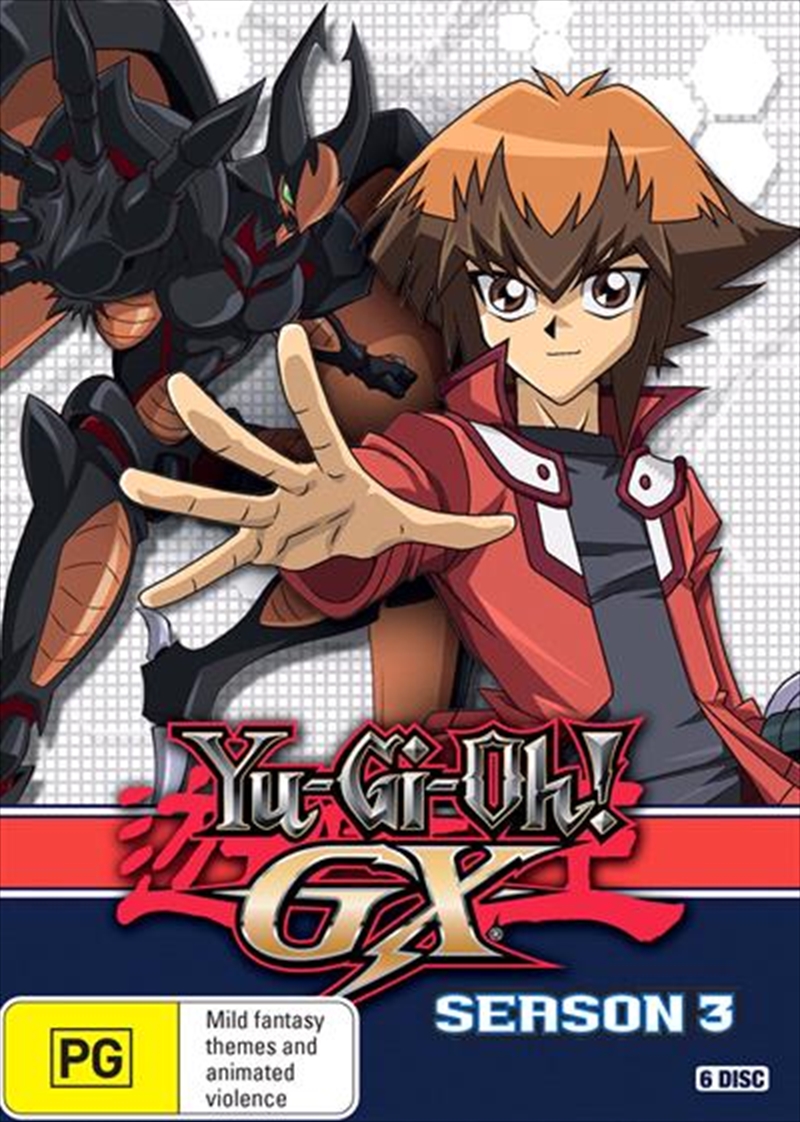 Get your Game on!

Jaden and his friends are officially upperclassman as they enter their third year at Duel Academy, the worlds most prestigious dueling prep school! To keep students at the top of their game, Chancellor Sheppard invites the infamous and often feared Professor Thelonious Viper to campus this year. Known for his strict and unconventional teaching methods, Viper forces Jaden and his friends to take part in a series of dangerous Survival Duels in which more is at risk than just their grades! New rivals, new monsters and a whole new season to Get Your Game On! Its Yu-Gi-Oh! GX Season 3!