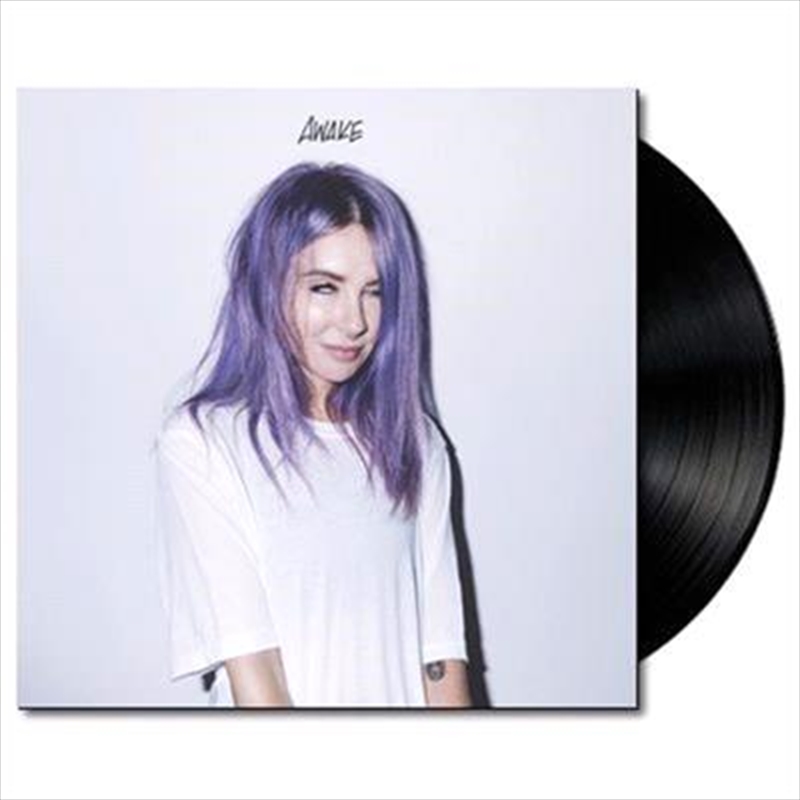 Rise and shine, Alison Wonderland is back with her brand new album, Awake.

A mix of digital-pop and incendiary beats, her second album sees the Sydney-born, L.A.-based singer, producer and DJ blaze new territory - sonically, vocally, emotionally. Honed by years of playing headline shows and festival slots (Coachella, EDC, Lollapalooza), it comes as both a natural evolution from her 2015 debut Run and an exhilarating step forward. To make that dream a reality, Alison recruited a red-hot roster of collaborators including Joel Little (Lorde), Illangelo (The Weeknd), Party Favor (Mad Decent) and long-time BFF Lido (who also worked on Run).

Also joining the party are some of Alison’s favourite next gen rappers on vocal duties. Ohio rapper Trippie Redd reigns on the ambient ‘High’ while L.A. young gun Buddy channels his chill vibes on the tropical pop of ‘Cry’ In a major coup, Chief Keef - who’s previously worked with Kanye West, Lil B and Travi$ Scott – guests on ‘Dreamy Dragon’, throwing down rhymes over euphoric breakbeat house.

And yet, this isn’t just another party record. Far from it. Underneath its vibrant pop pulse, Awake is the sound of Alison emerging from her own darkness. On songs like ‘Easy’ and ‘Church’, she reveals her most honest lyrics to date, sharing her personal struggles with difficult relationships, anxiety and self-doubt.

Making music saved her, and she hopes it’ll help others face their own trials. “If you’ve got a voice and a platform, you can use it for real communication,” she adds. “I want to make a track that someone will hear and be like ‘shit, I totally get what she’s feeling and if she can get out, maybe I can too.’ I don’t want them to be afraid to talk about it.”

After Alison Wonderland released her impressive debut album “Run” in 2015 I was always a little intrigued to how she would step it up for her sophomore record. On her debut she delivered slick production with emotional story lines that had people taking her more seriously as an artist rather than just a producer. And she’s done it all over again with her second studio album “Awake”. The record is an experimental fusion of pop and EDM production that sees her dabbling further into both genres and delivering big hooks with cool beat drops. Lyrically she’s still brutally honest but these songs are slightly less emotionally fired than her previous material and focus on a more empowering approach. Single’s “No” and “Church” are big pop-dance moments that hear her reflecting on toxic people, standing up for herself and vowing to forever be that one honest and trustworthy person you need in your life. She continues the pop focus on the slick “Okay” and the impressive “Easy” which hears her completely owning this polished pop sound. It’s also the most “pop” we’ve heard her yet and I LOVE it. Some people may think it’s a little gimmicky but I think it’s bold because she’s defying the genre limitations and just creating good music that is honest to her. She unleashes a sassier side on “Cry” before getting a little emotional and reflective on album closers “Sometimes Love” and “Awake”. These are some of the most different tracks on the album as they have a less gritty production and focuses more on her lyrics. She does have some big EDM tracks on the album which will keep the old school fans happy like “Here For You”, “Happy Place”, “Good Girls Bad Boys” and the epic album opener “Good Enough” which I do wish was longer. But as a whole this record balances the two sounds perfectly and breaks up the production keeping you intrigued throughout the whole duration. These songs will continue to grow her live show and raise the energy level to the next extreme
See more from Thomas on his website
DETAILS