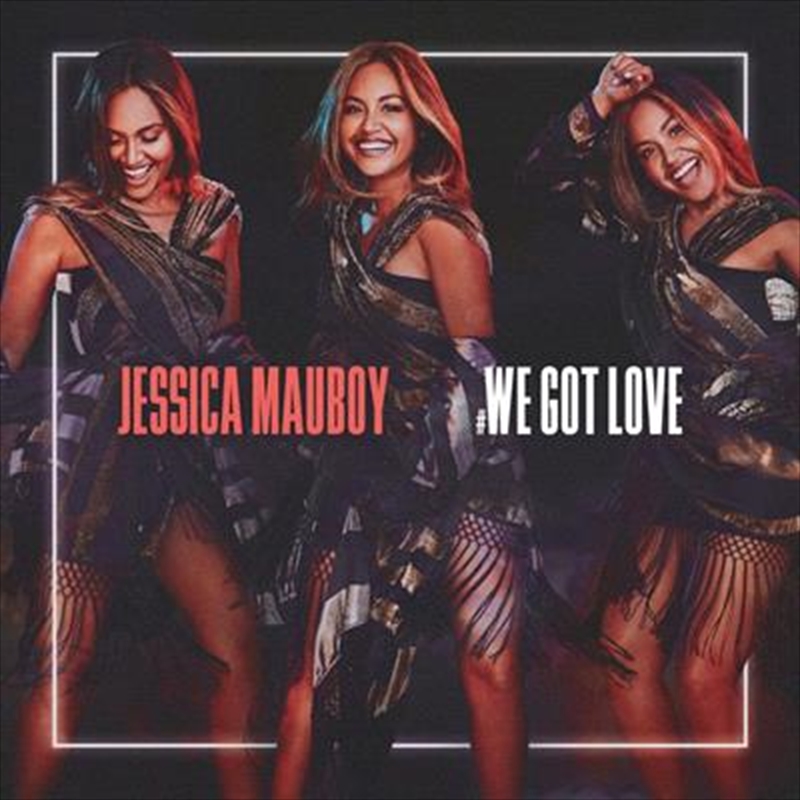 Jessica Mauboy We Got Love CD

Jessica Mauboy will sing her brand new single, ‘#We Got Love’ at the 2018 Eurovision Song Contest in Portugal this May. ‘#We Got Love’ is available to stream, download and pre-order the CD single now through Sony Music Entertainment Australia. To watch the video for ‘#We Got Love’, head to https://eurovision.tv

For many, music is a saviour. It brings people together, lifts them up and transports them away from – or gets them through – hard times. It’s something Jessica Mauboy holds true, and now she’s now taking this message to the world’s biggest music stage at the Eurovision Song Contest with her new single ‘#We Got Love’.

“I love Eurovision,” says Mauboy, who was the first non-European solo artist to perform during one of the show’s intervals in 2014. “I have since I was a little girl watching it with the family in Darwin.”

Mauboy will be taking her A-game into the May event in Lisbon, Portugal, with ‘#We Got Love’. The emotive, uplifting and powerful anthem will challenge anyone to stay in their seat, and the singer’s message is loud and clear: “I know what you must be thinking / That we’re powerless to change things / But don’t give up, ’cause we got love.”

She delivers a soaring vocal performance over thunderous drums and a pulsating pop beat, on an irresistible tune penned by the singer and DNA SONGS – aka Anthony Egizii and David Musumeci. DNA also worked on Dami Im’s 2016 Eurovision hit ‘Sound Of Silence’, which saw the singer land second place.

“I wanted to write a song that captured that instinctive sense of joy, of how a great song can change the darkest of moods into happiness,” Mauboy, 28, explains. “‘#We Got Love’ is also about how music can lift the human spirit, you can always rise above in the hardest times with something as simple as a great song.”

The singer will be only the fourth Australian to perform at the Eurovision Song Contest, which has run has run since 1958 and is now watched by around 600 million across the globe. Its power to unite artists and fans across its five televised continents is, like the music itself, a powerful force. It’s something not lost on Mauboy.

“Eurovision, to me, is people brought together through a real love of music and all the joy that music can bring,” she adds.

Meanwhile, Jessica’s own music has been that saviour for many, with five top 10 albums, fifteen top 20 singles, 4 ARIA accredited Platinum selling albums and winning two ARIA Music Awards from 24 nominations to her name since she captured the heart of the nation as a 16-year-old on Australian Idol back in 2006. Since then, her songs have been streamed globally 158 million times and videos viewed globally 37 million times. She has toured with Beyonce, collaborated with Ricky Martin, Flo Rida, Snoop Dogg and Pitbull; performed for Barack Obama, Oprah Winfrey, Ellen DeGeneres and made history being the first non-European solo artist to represent Australia at Eurovision in 2014. Jessica has also starred in Bran Nue Dae, the acclaimed 2012 musical The Sapphires, and in 2016 & 2017, starred in the 2 x 6 part Australian TV series, The Secret Daughter. In 2016 she made ARIA Chart history being the first indigenous woman to achieve three consecutive weeks at #1 for her release of SONGS FROM THE ORIGINAL TV SERIES – THE SECRET DAUGHTER album. Away from the microphone, Jessica uses her high public profile to support community organizations and promote reconciliation, multiculturalism and healthy living.

Now, she’s set to make yet another piece of history – for her career and the country – as she takes ‘#We Got Love’ global. Watch this space.

Title: We Got Love