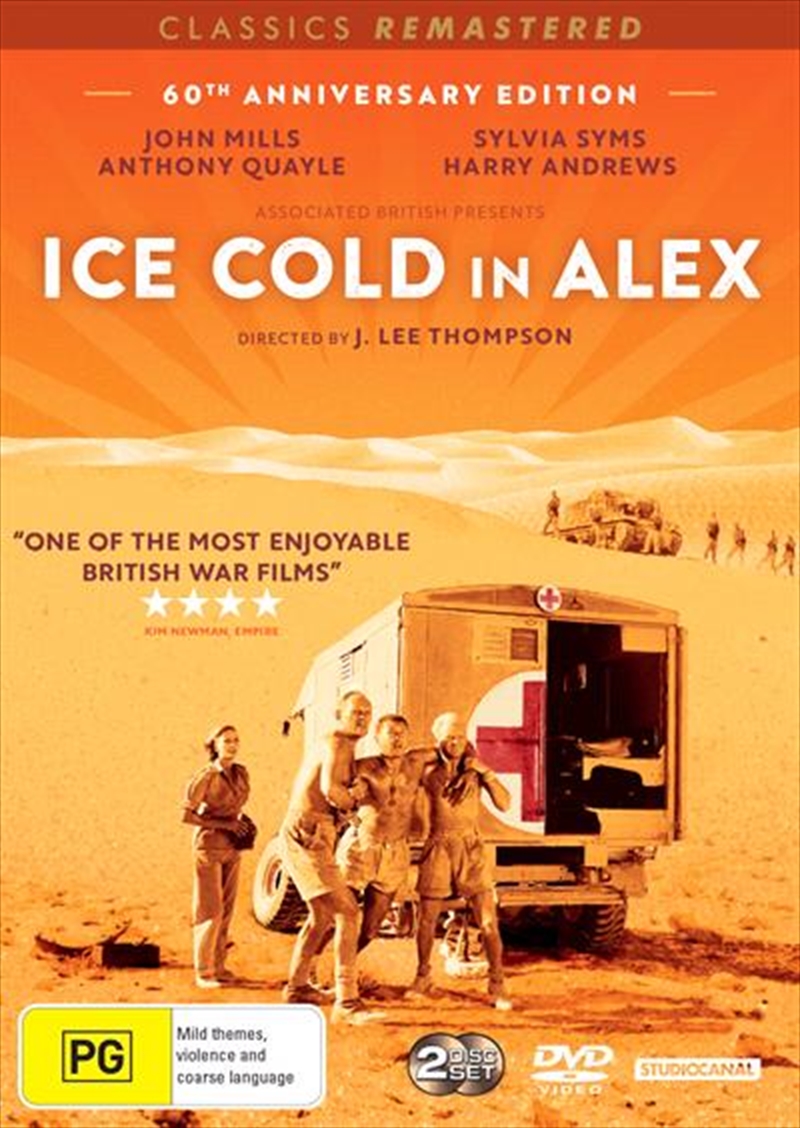 Shipping - See delivery options.
Postcode:
Quantity:
SEE MORE IN:
Cant Seem To Stream Movies & TV Clearance Movie Clearance Sale Movies & TV Under $10
From Tobruk to Alexandria... they had to make it... even if one of'em was a traitor!

Exciting war drama set in the desert battlefields of WWII. A group of army personnel and nurses attempt a dangerous and arduous trek across the deserts of North Africa during the second world war. The leader of the team dreams of his ice cold beer when he reaches Alexandria, but the problems just won't go away.