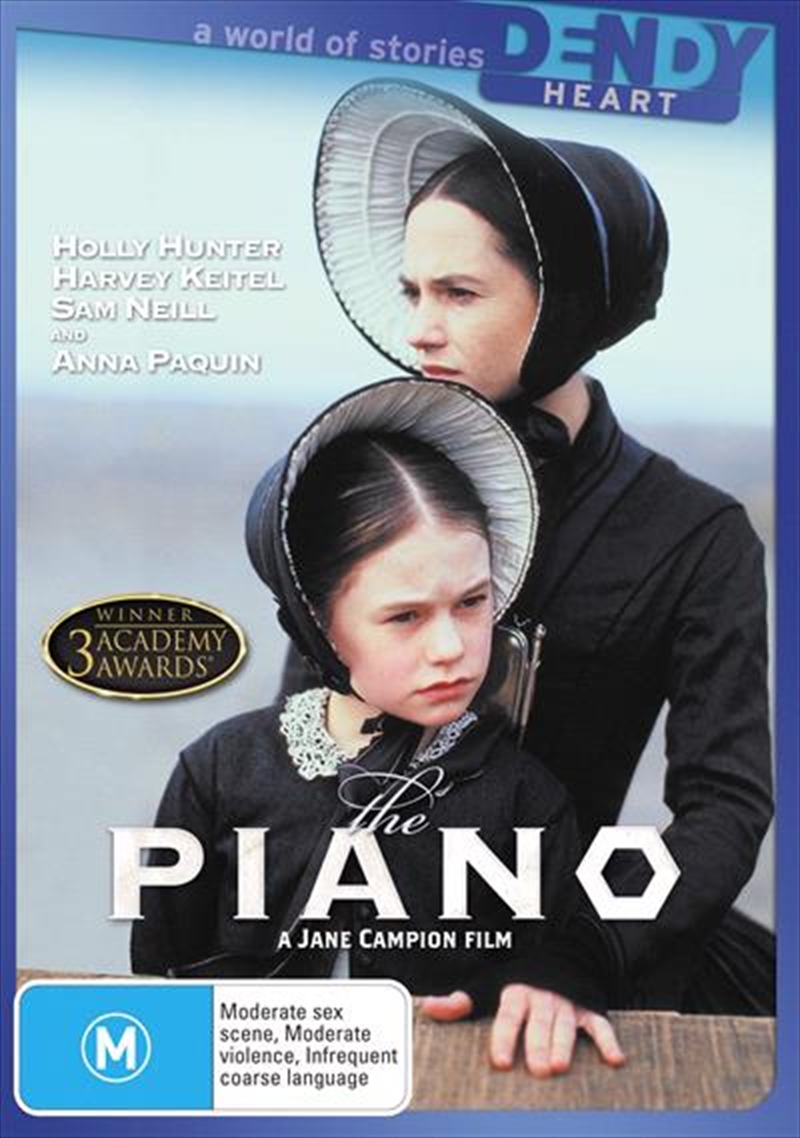 Ada, her nine year old daughter and her piano arrive to an arranged marriage in the remote bush of nineteenth century New Zealand. Of all her belongings, Ada's husband refuses to transport the piano and it is left behind on the beach. Unable to bear its certain destruction, Ada strikes a bargain with an illiterate neighbour. She may earn her piano back if she allows him to do certain things while she plays. AFI - 11 awards including Film, Director (Campion), Actor (Keitel) & Actress (Hunter). OSCAR - Actress (Hunter) & Supporting Actress (Paquin). BAFTA - Actress (Hunter). CFF - Actress (Hunter) & Film (Jointly with 'Life On A String (1991)'.
DETAILS