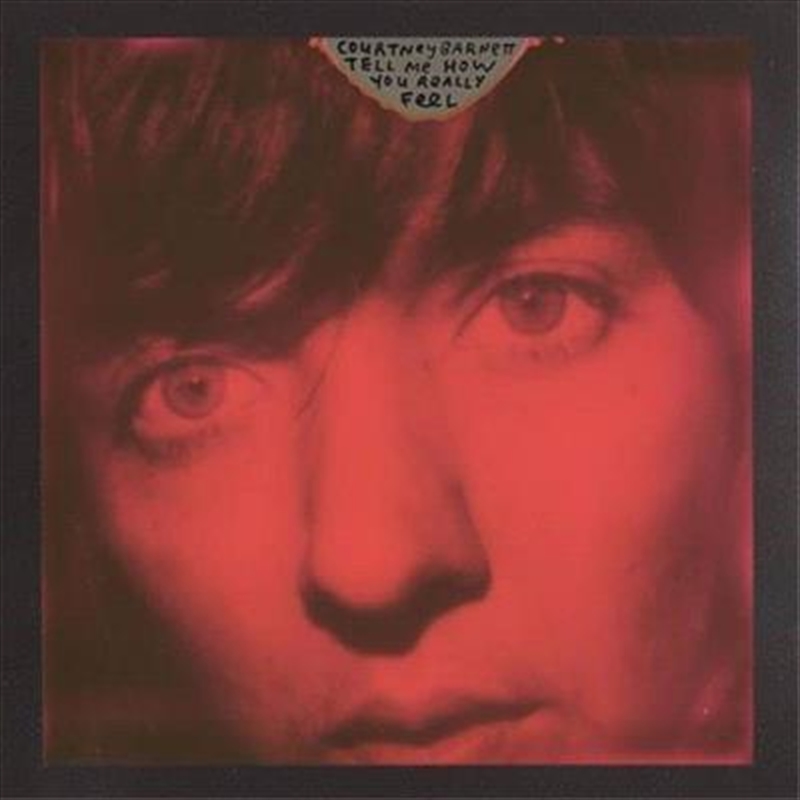 Courtney Barnett Tell Me How You Really Feel Vinyl

Courtney Barnett has announced details of her second studio album Tell Me How You Really Feel, released on May 18th through Barnett’s own label Milk! Records and Remote Control Records via Inertia.

Observers would be aware that over the course of just a few years Barnett has become internationally renowned for her distinctive and acclaimed musical lexicon.
Her seemingly effortless ability to flip an intensely private sentiment on its head and make it sound universal and relatable won her fans around the world.
Her debut album, Sometimes I Sit and Think, and Sometimes I Just Sit saw her top year-end lists and sell out shows to rabid audiences on five continents. She played the most iconic and revered festival stages, won the Australian Music Prize, J Award for Album Of the Year, APRA’s Songwriter Of the Year and four ARIAs.
The album was even nominated for a Grammy and a BRIT Award.

In Tell Me How You Really Feel Barnett has revealed an exhilarating and unexpected shift.
From its title (A question? An order?) to the unsettling cover image – a blood-red tinted self-portrait in uncomfortably tight close up – Barnett sets a new tone.
There’s a new-found directness with this record, a muscularity to the instrumentation, a tenderness in her voice and a boldness to the lyrics which speaks to Barnett entering a remarkable new phase of her musical evolution.
She’s saying more, with less. Whereas once she examined the world through the prism of self-analysis, Tell Me How You Really Feel shifts that focus to those she interacts with – the good ones, the bad ones, the loved ones.
Those she knows intimately and those who are strangers.

First single 'Nameless, Faceless' is an infectious punk rock anthem simmering with indignation and sarcasm as it examines the phenomenon of anonymous internet trolls.
Through song, Barnett is using the medium she knows best to return fire.

Courtney Barnett is no longer Australia’s little hidden secret and that is totally okay with me. The Melbourne singer-songwriter has finally released her second studio album which is an honest and intriguing affair. “You know what they say, no one is born to hate. We learn it somewhere along the way”. In amongst all the guitar riffs and angry hooks she delivers raw honesty, harsh truths and a whole lot of heart. On the opening track ‘Hopefulessness’ she breaks it down for you gives you hope mixed in with the pain of anxiety. “Your vulnerability, stronger than it seems. You know it's okay to have a bad day” and “Take your broken heart, turn it into art”. She mixes these empowering statements with the inner demons that tell you “I don't wanna, I don't wanna know” and it’s so impactful and raw. This sets you up for a record full of self pain, encouragement and reflection. Lead single “Nameless, Faceless” is one of the albums most confronting and important songs as it explores the fear that women have about walking alone. The chorus makes reference to Margaret Atwood’s famous quote “Men are afraid that women will laugh at them. Women are afraid that men will kill them” which has never been more relevant than it is now. Where as the seemingly upbeat and catchy “City Looks Pretty” explores the ultimate feeling of loneliness in the middle of a big city. The album is quite different lyrically compared to her debut as it’s less quirky and chaotic and is more thought invoking. But she still holds onto the grungy production with ‘I’m Not Your Mother, I’m Not Your Bitch, ‘Charity’ and ‘Crippling Self Doubt And A General Lack Of Self Confidence’ giving those big singalong moments that will be cool in her live show. She does deliver a nice sentiment on “Help Your Self” which is dedicated to people who won’t look at the positive in situations and only focus on the negatives. The lyric “Darkness depends on where you’re standing” perfectly captures not only the songs vibe but also the whole albums mood. It’s so thought invoking, raw, honest and also still manages to deliver big singalong moments that will be highlighted in her upcoming tour. It may be quite different to “Sometimes I Sit And Think, And Sometimes I Just Sit” but its a good different.
See more from Thomas on his website

Title: Tell Me How You Really Feel (SIGNED COPY)

Crippling Self Doubt And A General Lack Of Self Confidence