Get Right With Your Maker

Palace Of The King 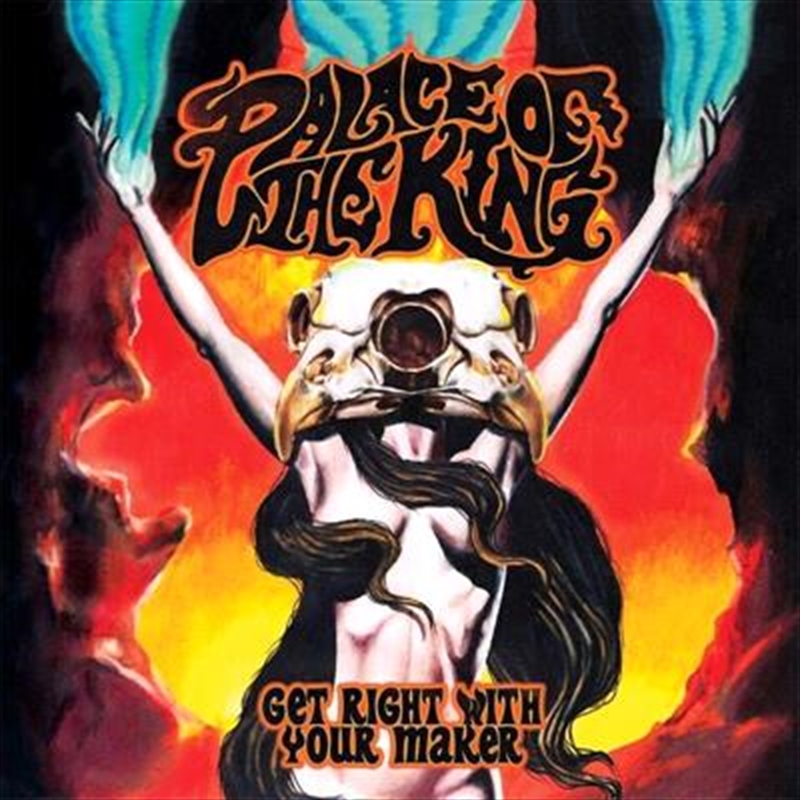 Get Right With Your Maker

Palace Of The King

Palace Of The King Get Right With Your Maker CD

Get Right With Your Maker is Palace of the King’s 3 rd full length album and 5 th release overall, including the 2 EP’s released in 2013, but it’s much more than that.
This album is their coming of age.
POTK tour constantly averaging 100 shows a year.
They’ve headlined 3 tours of Europe spending 4 – 8 weeks on the road there every year since 2015.
They’ve supported Airbourne in the U.K and France in front of thousands of rabid rock fans, played the USA twice in 2016 and 2017, headlined the Black Woodstock festival in New Caledonia and circled Australia dozens of times in a tour van.
They tour more than any of their peers because even though they are a fully fledged new millennium rock band, they also believe in the old school work ethic of the old school rock bands.

Get Right With Your Maker was recorded in multiple sessions around touring commitments just like Led Zep or Sabbath did at their peak and they’re really proud of the results.
Recording that way enabled the band to be captured firing on all cylinders as a tight live unit.

They would go on tour with The Angels and then head to the studio on a week off to set up and record. Then they’d be back on the road with Baby Animals and The Screaming jets for a month returning to the studio as soon as that tour ended.
They worked that way throughout the recording process between shows with Airbourne, Georgia satellites, Endless Boogie, Strand Of Oaks, Nick Oliveri, Dallas Crane, Crobot, Tracer, Cosmic Psychos, Tea Party etc and on it went, working around headline tours also.

Life on the road has become part of the DNA of the record lyrically and musically. When they actually got into the studio to record, they set up and played live with Tim Henwood engineering and playing guitar in the control room with the rest of the guys in the live room all rocking together loud and proud, allowing them to capture the raw energy that can’t be created any other way.

With everything tracked and carved in stone the polishing was done with mixing duties shared between Machine (Clutch/Crobot) at The Machine Shop in Texas and Liam Jenkins at Somedays Studios in NYC.

If you’ve never heard a Palace Of The King record before there’s no better place to get on board than right here with Get Right With Your Maker.

Title: Get Right With Your Maker

Artist: Palace Of The King

3 Sold Me Down the River

5 Said the Spider to the Bird

6 Move Through the Fire

10 Back On My Feet Again