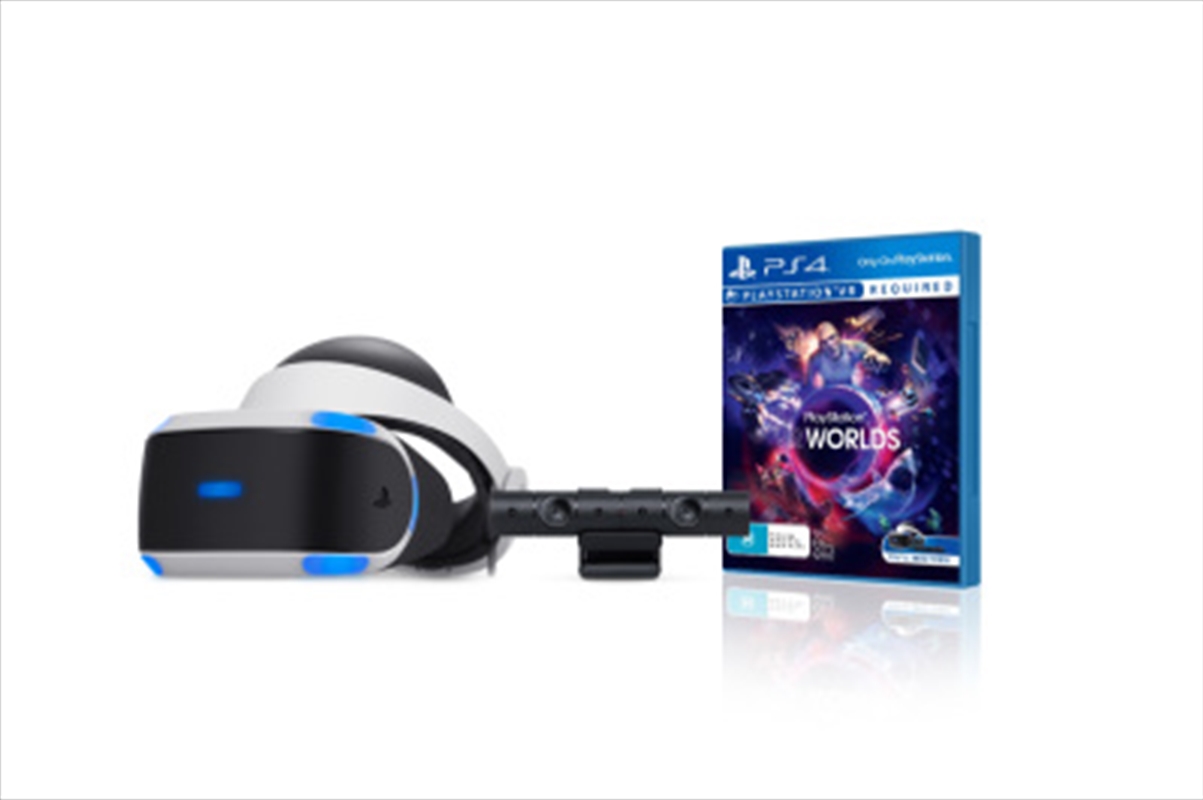 
PS4 Play Station VR
Don't just play. Live the game.
From the moment you slip on PlayStation VR, the new Virtual Reality system for PlayStation 4, you'll experience games in an entirely new way. You'll be at the centre of the action, living every detail of extraordinary new worlds - and you'll feel like you're actually inside the game.

PlayStation has always delivered experiences beyond our imagination, from 3D gaming to augmented reality. That heritage takes a leap forward with PS VR. Now, you can step beyond the screen and climb into the game.

You've played games that have made you lose track of time. But what about games that make you forget where you are? That's what PS VR will do, immersing you in the game with an unparalleled sense of presence.

Just plug in and play. PS VR is powered by PlayStation 4, so you can simply connect the two and step into new experiences in seconds.

Pushing the boundaries of play

PS VR will let you play in ways and places you never thought possible thanks to an advanced, custom OLED screen that displays images at a super-smooth 120Hz, 360-degree vision and true 3D audio that lets you pinpoint sounds all around you. So you can lose yourself in games custom-built for PS VR, including RIGS Mechanized Combat League and VR Worlds.

The feeling of 'being there' starts with what you see. Combining landscape-scanning and an expansive 5.7" OLED 1080p display at 120 frames per second, you can experience detailed 3D environments of the highest quality to immerse yourself in the game.

As you walk this unbeaten path, you'll see and hear every world around you. A 360-degree sphere audio experience lets you completely immerse ourselves in your journey and put you right at its centre.

The LEDs around the PlayStationVR, on the DUALSHOCK 4 wireless controller, or the PlayStationMove are tracked by the PlayStationCamera to pinpoint your precise location. This means your PS4 will always know where you are, even if you've forgotten.

The headset has been designed to be as light and as comfortable as possible. It's effortless to slip on and off, while its minimal weight is supported by an adjustable headband that'll fit everyone.

Immerse yourself, involve others

Let others enjoy a game with or against you with PlayStation VR Social Screen. Project what you see in your headset onto a TV screen so others can jump into the action. You can let others join in even as you lose yourself in your own world.

Live it to believe it

Get all the latest news, details of how to pre-order and the chance to try PS VR for yourself straight to your inbox.

What you'll find in the PlayStationVR Box:

PS4 Play Station 4 Camera
The redesigned PlayStation Camera inherits all the features available on the current model, including PlayStation VR support, and features a new compact cylindrical form. PS Camera includes a stand allowing users to easily adjust the angle of the PS Camera and set it up in their preferred location, such as on top of their TV or entertainment centre.

A NEW WORLD OF VIRTUAL REALITY

Compete with friends in the living room and other players around the globe on the VR Worlds Leaderboards.
The variety of different worlds and genres and natural wonder of VR means everyone, from the casual player to the gaming veteran, has something new and vital to discover.

Step into the shoes of an East-end gangster in London's gritty underworld. Tool up for >a dramatic heist, survive a thrilling high-speed getaway and then withstand a brutal interrogation; one that ends with an impossible choice...

Dive into an ocean adventure as a deep sea explorer. Plunge into the depths within the - comparative - safety of a suspended shark cage and marvel at the incredible marine life all around you as you descend. On your journey you'll witness amazing sights, discover a lost secret and face extreme danger.

Feel the exhilaration of illegal street racing just inches from the asphalt. Weave in and out of oncoming traffic; avoid hazardous landslides and scrape under big-rig trucks as you speed towards the finish line.

Board your dynamic all-terrain alien craft and explore a treacherous nebula as you hunt for a highly coveted ancient artefact. Leap canyons, crawl over vast space hulks and fire up your cannons as you battle hostile creatures on your journey towards the mysterious treasure.

Enter THE competitive sporting event of the future where victory is everything. Master your skills, destroy your rivals and survive to win the tournament. Win... or be destroyed.