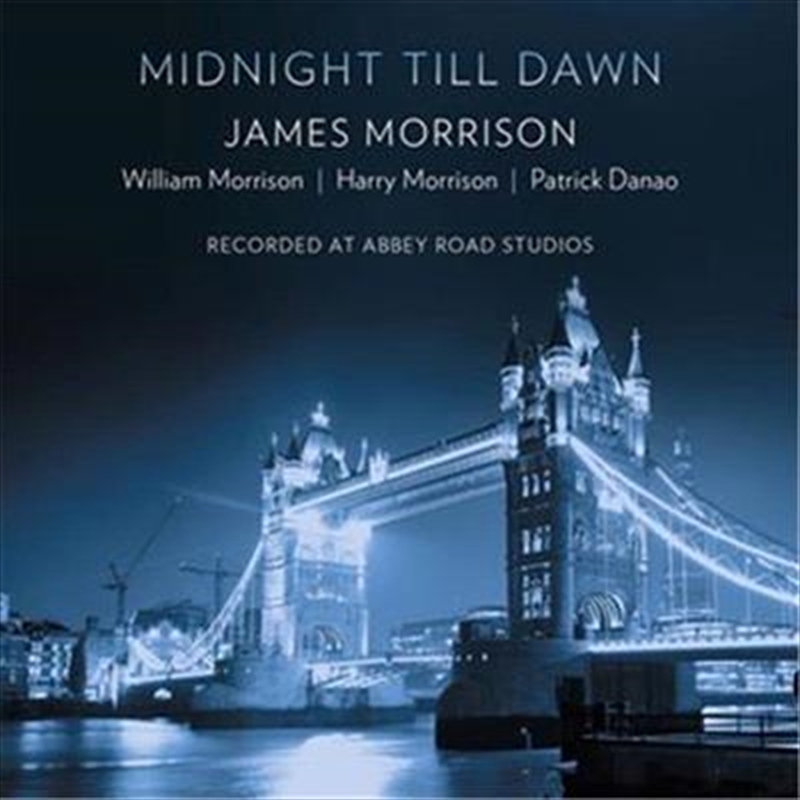 Recorded at the legendary Abbey Road Studios over one extraordinary night! The first album from Australian jazz legend James Morrison and his quartet, including his sons Harry and William Morrison!

Australian jazz legend James Morrison presents his first album with his own quartet – including his sons William (guitar) and Harry (double bass), alongside Patrick Danao on drums. Following performances at the BBC Proms and throughout the US in 2017, the foursome has already forged a reputation as a hot new property in jazz, combining experiences and vitality to create unforgettable performances.

Recorded at Abbey Road in London over one night, the album captures a moment in time, and gives us the opportunity to eavesdrop on an extraordinary session of music-making.

James Morrison himself tells the story:

"My quartet was recording an album at the fabled Abbey Road Studios in London with the BBC Concert Orchestra and Peter Cobbin, one of the best engineers in the world. It doesn't get any better than that, and my only regret was that we didn't have time to record the quartet on their own while we were there. The orchestra recordings were all day and we had gigs in the evening – so no time, unless you go into the studio between midnight and dawn...

This was one of those sessions where the band are relaxed and in the mood to play, the lights are low and the vibe is good, the daytime hustle of a big studio has ended and only the musicians and engineer are there to hear the music. We simply called tunes we felt like playing – some standards, some originals, some ballads, some swingers... All off-the-cuff and all with a sense of just capturing how we were playing at the time.

Musicians evolve, planned projects come and go, but this is simply a snapshot of a band on the road, captured mid-tour, almost as though you were listening in on a late-night jam session... Actually, you are."

3. The Night Was Sultry

5. I Hadn't Thought About You

10. You're Nobody 'Til Somebody Loves You