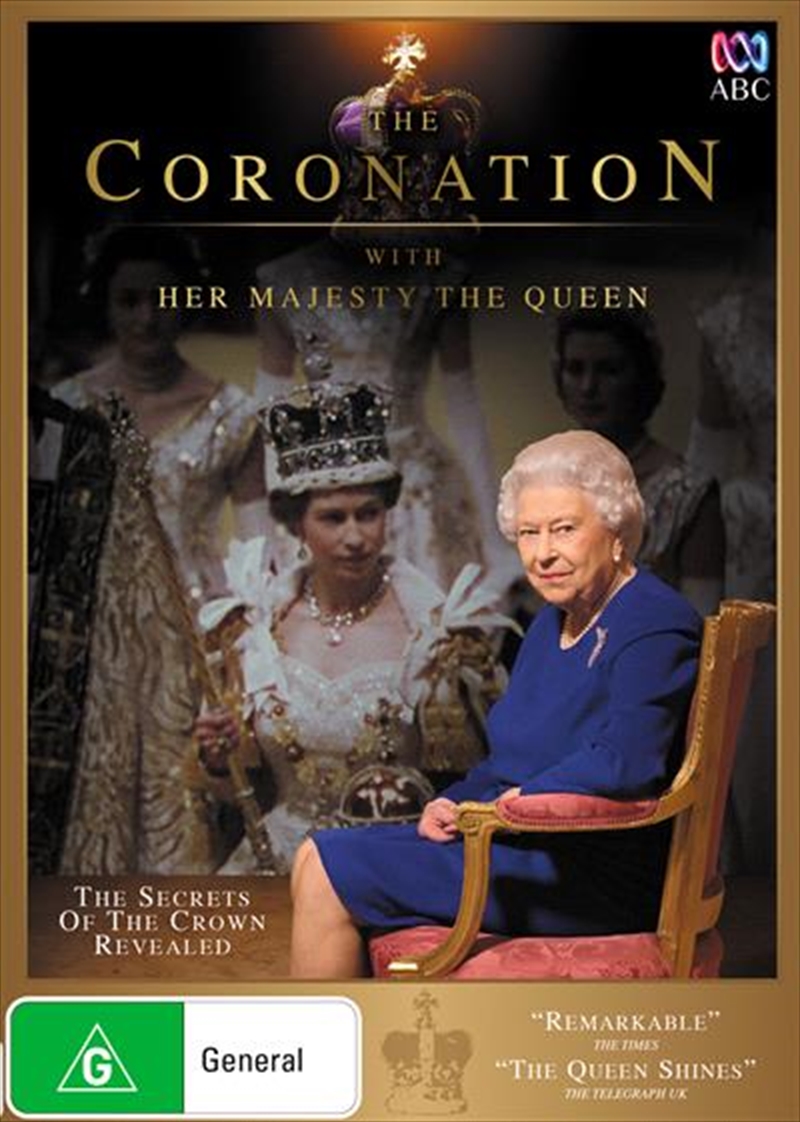 Marking the 65th anniversary of Her Majesty The Queens Coronation, The Queen shares her memories of the ceremony, as well as that of her father King George VI, in this captivating documentary.Viewing rarely seen film footage and looking at some of the priceless Crown Jewels themselves, Her Majesty The Queen recalls the day when the weight of both the St Edwards Crown, and the hopes of a nation recovering from war, were placed on her shoulders.Exploring the role and symbolic meaning of the Crown Jewels in the centuries-old coronation ceremony, we see these objects of astonishing beauty as they've never been seen before. Using the Crown Jewels and The Queens recollections as its touchstones, The Coronation tells the inside story of this glittering ceremony.