There's A Girl In My Soup 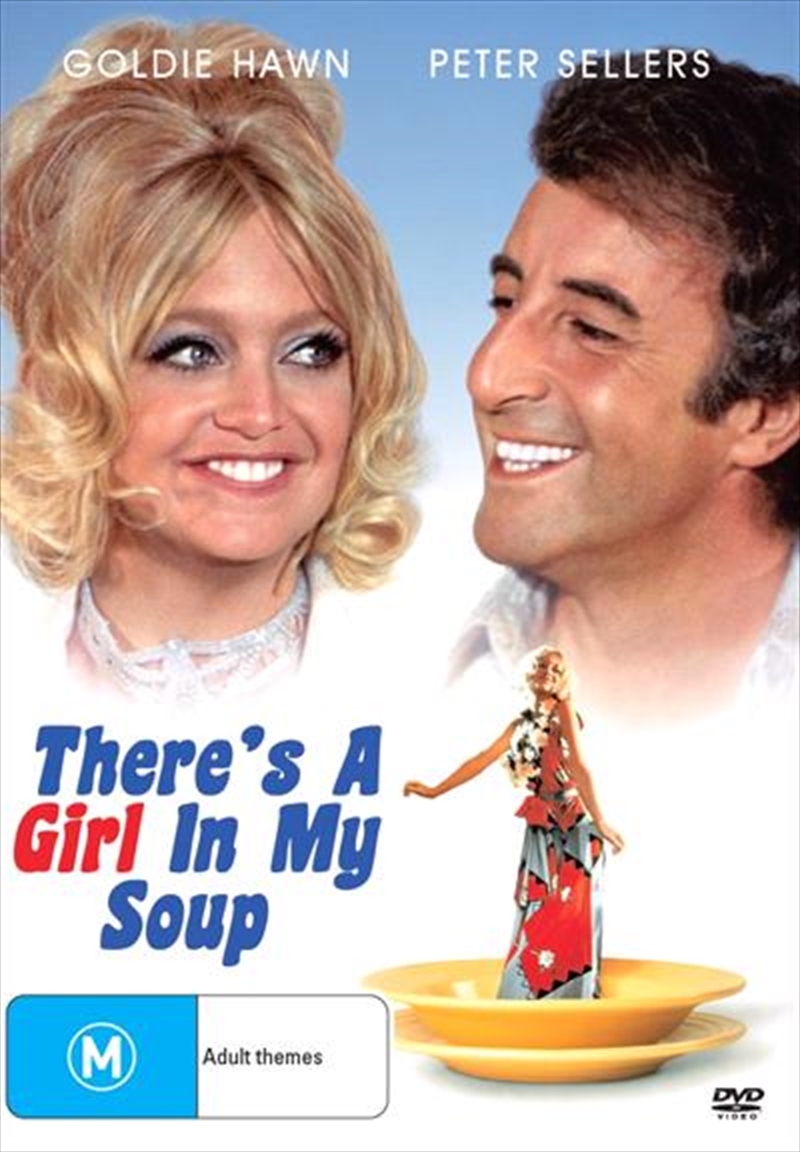 There's A Girl In My Soup

DESCRIPTION
The smash hit comedy that had Broadway coming back for seconds...is now the soup-er screen entertainment of the year!

Two unique comic talents, the farcically brilliant Peter Sellers and the effervescent Goldie Hawn, join forces in a saucy romance about an amorous gourmet whose goose is cooked when he falls for a giddy young temptress. A stylish adaptation of the long-running London West End stage play, THERE'S A GIRL IN MY SOUP is the tale of a recently dumped 19-year-old American tourist who is forced to crash at the bachelor pad of a local television cooking show personality - and self-styled Casanova. A committed lady-killer, his life is suddenly turned upside down when, to his surprise, he finds himself falling in love with his winsome house guest!
DETAILS

Title: There's A Girl In My Soup