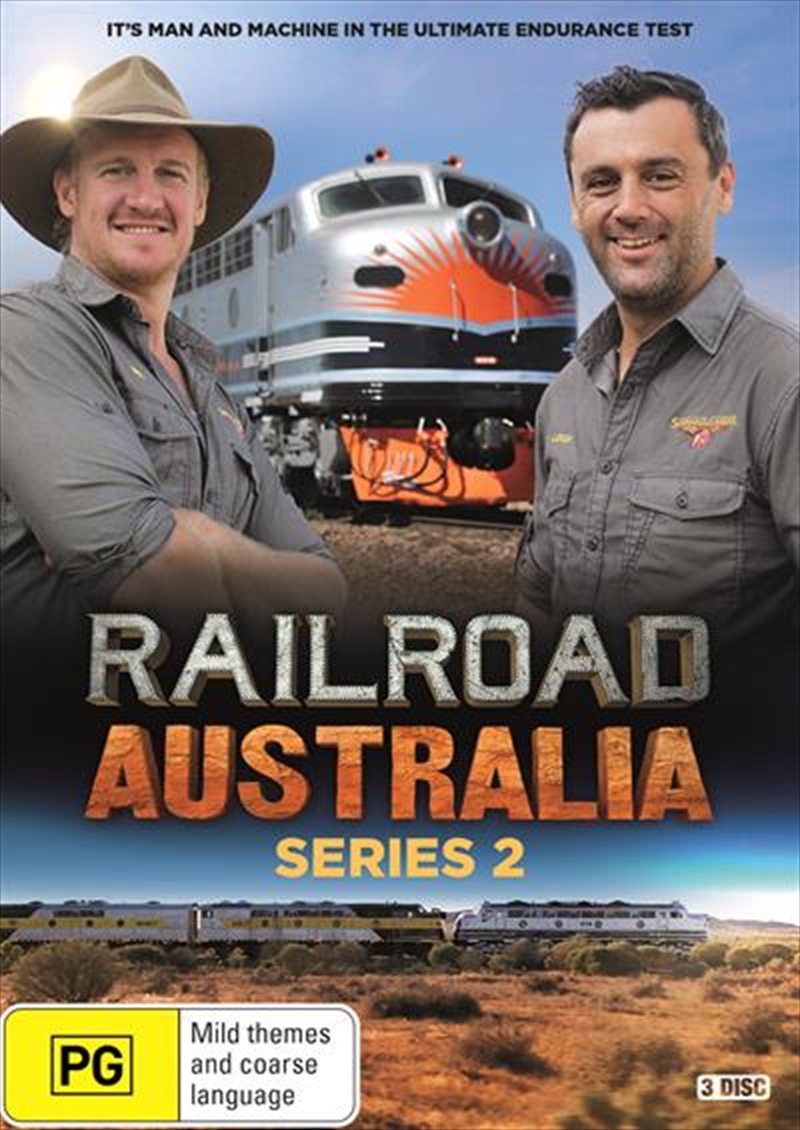 Season 2 of Railroad Australia returns to Discovery Channel to explore what it takes to transport ever-growing numbers of passengers and crucial resources across one of the most extreme and hostile places on the planet.Hauling some of the largest cargo loads across the country, this series dives into the inner workings of Australia's railway network to meet the armies of workers who work tirelessly day and night to keep the nations lifeblood flowing, with help from some of the biggest and most powerful trains in the world.On the outskirts of Melbourne, a new breed of train is being unveiled; the V-locity bullet train which will move 17 million passengers a year around the state of Victoria, connecting its major towns. Follow the work of Lara Coughlan and her rapid rail response team in Melbourne, who are in constant demand carrying out running repairs on live train lines to keep Metro Trains on time and on track. And at the Pichi Richi workshops in South Australia, its a huge day for 16-year-old Jayden Chandler, who wants to prove hes got what it takes to become the fifth generation of his family to drive steam trains.Australian rail operators are global leaders and with unprecedented access, Railroad Australia goes behind the scenes to meet the train drivers, locomotive servicing crews and track maintenance teams on some of the toughest, most demanding and spectacular journeys on Earth.