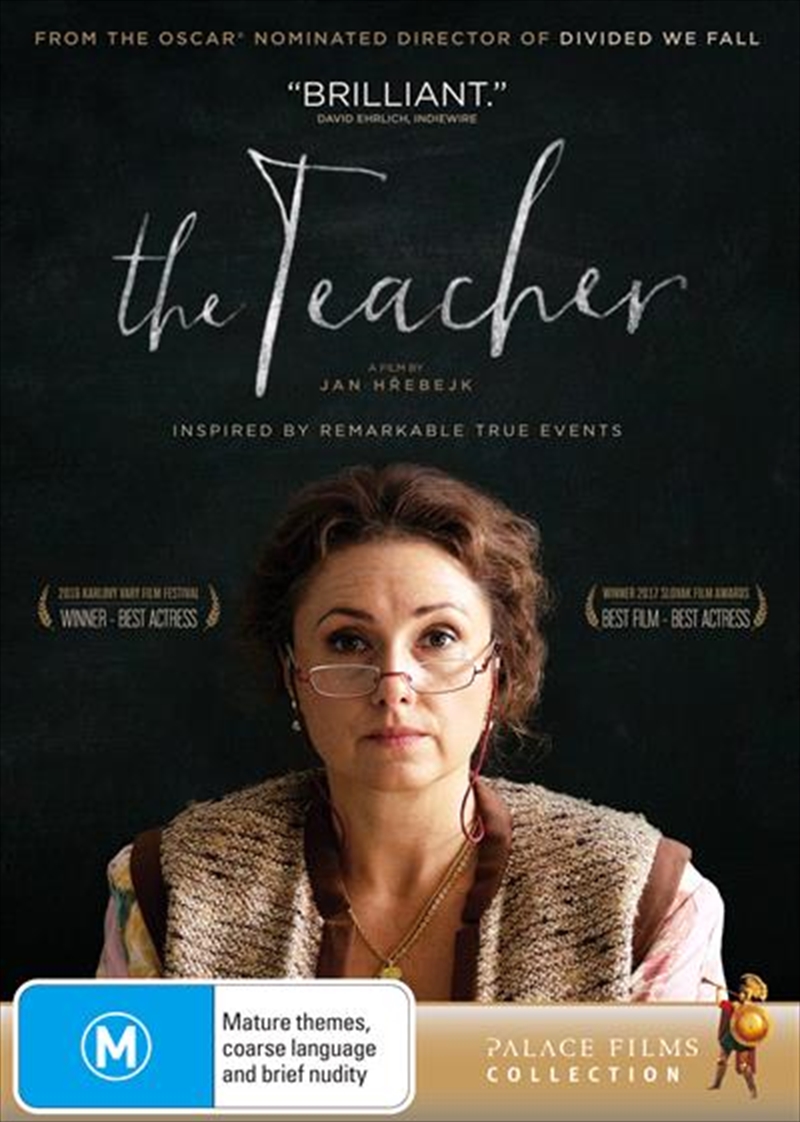 Want to click and collect? Check store availability
DESCRIPTION
From Oscar-nominated writer/director Jan Hrebejk (Divided We Fall), THE TEACHER is a wildly entertaining black comedy inspired by the true story of a Communist-era school teacher who manipulated her pupils and their families for unprecedented personal gain. The early 1980s, Czechoslovakia. At the start of a new term at a suburban high school, a seemingly empathetic and kind new teacher, the middle-aged Maria Drazdchov greets her class. She asks them to introduce themselves and share what their parents do for a living, explaining that its important to know how their parents might collectively help the group. Soon after, she gradually begins to pressure both students and parents by seeking favours grocery collection, handyman assistance, lifts and haircuts and connecting them with special treatment in class and, most significantly, good grades.Before long Marias demands grow more complex and dangerous, so when a serious incident finally draws her unscrupulous behavior to her colleagues, the principal calls a secret meeting, seeking parents to sign a petition to move Comrade Drazdechov on from the school. But her high connections with the Communist Party hang above everyone in the room, and its soon evident that standing up for whats right may be much easier said than done. With production design and cinematography that recreates the era to wonderful effect, THE TEACHER delivers a timeless and universal story of opportunism, bias and human dignity. Laced with wicked humour and standout performances, this rousing morality tale employs a delicate touch to skewer not only the complications of communism, but the human characteristics that ensure it never quite works out as expected.
DETAILS