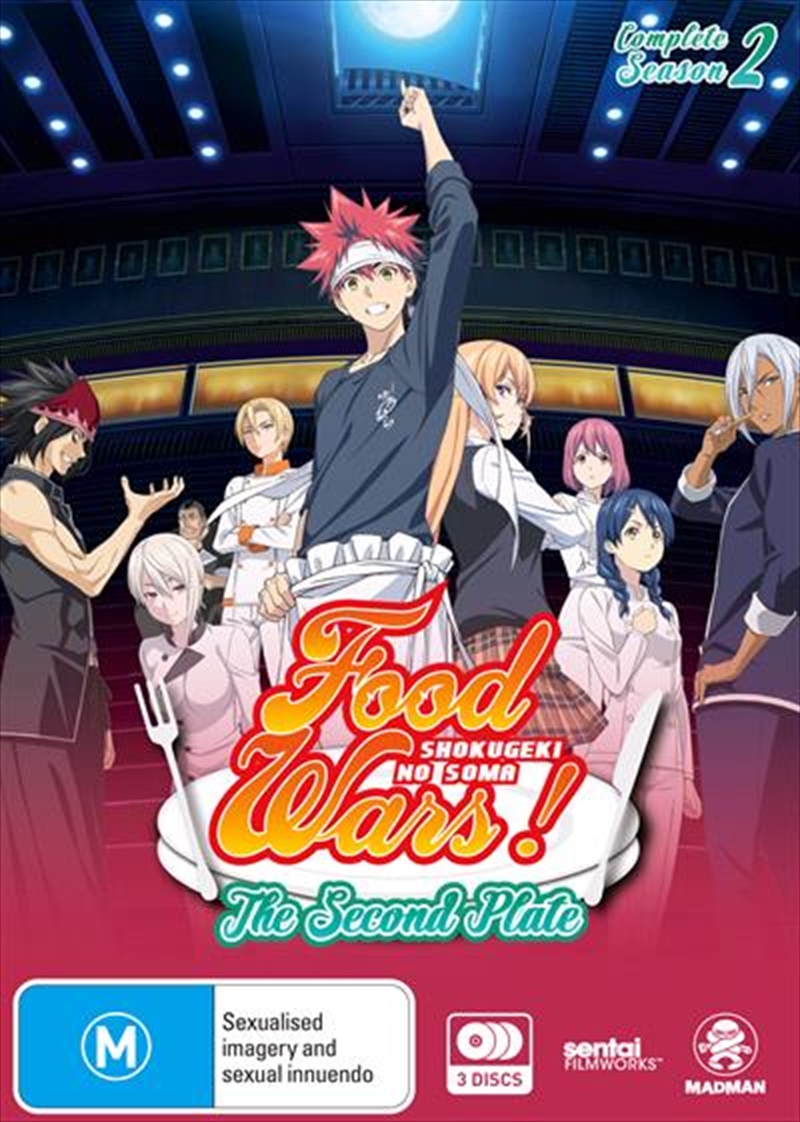 Sharpen your knives; it's time to dig in!

At the Tohtsuki Culinary Academy, the first rule is survival of the fittest, and if you don't have what it takes to become a master chef, you need to get out of the kitchen before you get burned. With the wheat of first-year students separated from the chaff, cocky former diner cook Yukihira Soma is one of the handful of kitchen whizzes still standing. As the next round of the Autumn Elections gets underway, can he survive a brutal bento boxing match with the chemistry-obsessed granddaughter of the Academy's director? And which of the other contenders; Megumi, Ryo, Akira, Hisako, Takumi or sinister dark-horse Subaru; will advance to fight for the gold medal? Get ready for another cut-throat season of eat, beat, and defeat!