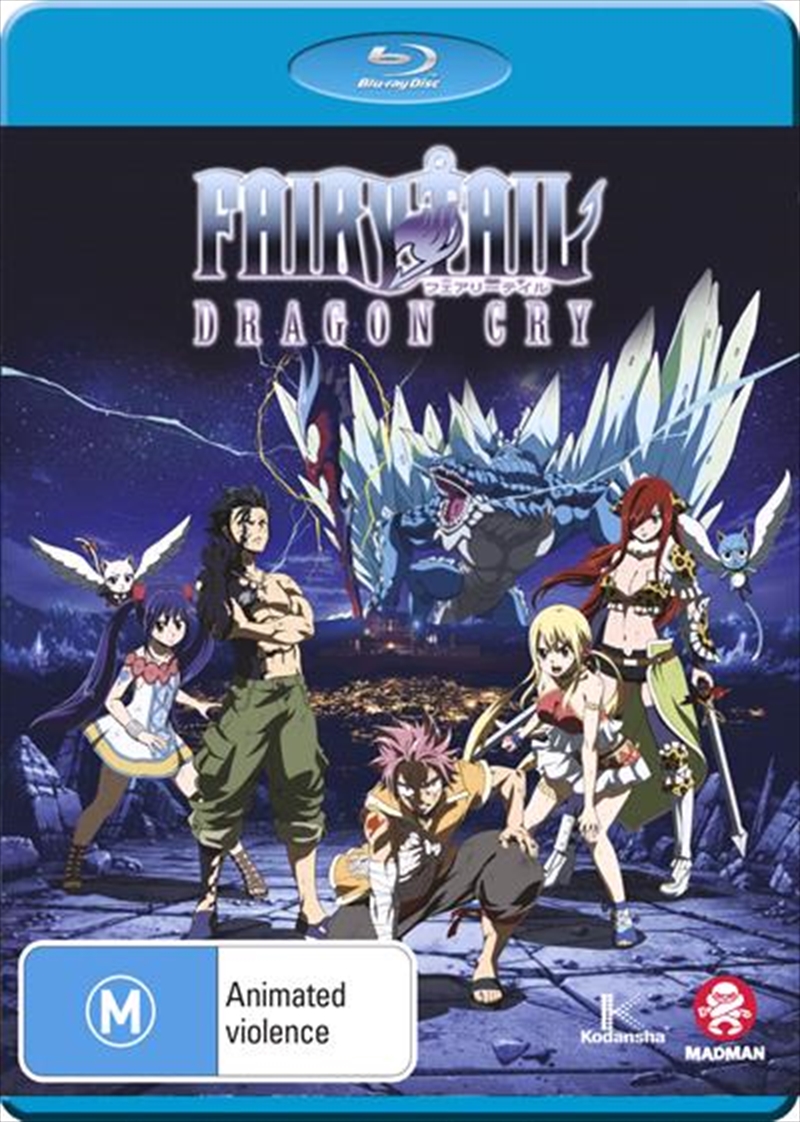 This power... Is it hope or destruction?

The Dragon Cry is a magic artefact with enough power to destroy the world. Enshrined within a temple in the Kingdom of Fiore, the Dragon Cry is stolen by Zash, a traitor of Fiore, and delivered to Animus, the ruler of the Kingdom of Stella. The task of recapturing the Dragon Cry falls to Natsu and the wizards of the Fairy Tail Guild. During their mission to track down Zash, they infiltrate the Kingdom of Stella, and it is here they meet Animus' magician, Sonya... What does Animus plan to do with the Dragon Cry? Sonya wants to save her country, but what secret is she hiding? Within the interlacing ulterior motives, Fairy Tail fights against the danger that is the menacing world! And in the middle of this heroic battle, Natsu's instinct awakens...
TRAILER
DETAILS