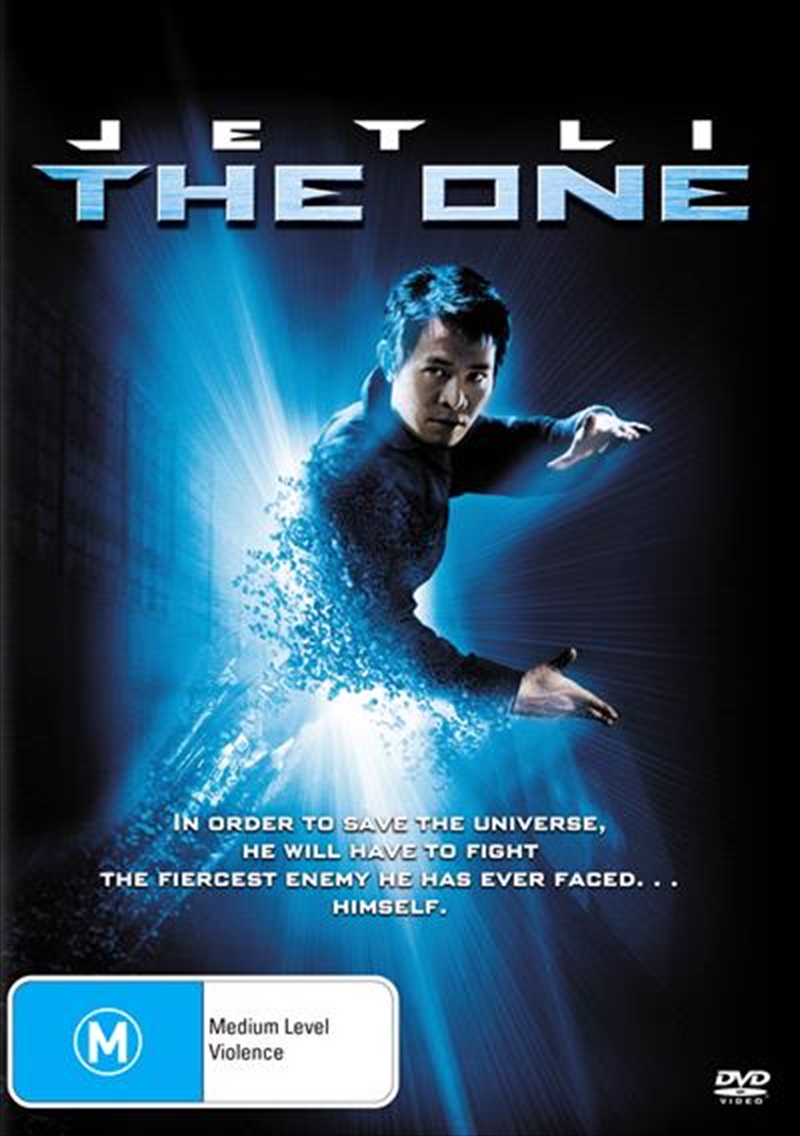 Shipping - See delivery options.
Postcode:
Quantity:
SEE MORE IN:
3 for $20 Movies & More
DESCRIPTION
What if there was a killer traveling through parallel worlds...and he looked just like you? [taken from the trailer]

In a stunning dual role, international action star Jet Li portrays Gabriel Yulaw, a police officer confronted with a sinister form of himself escaped from an advanced, parallel universe and intent onkilling Gabriel. His alter ego's hunt culminates in a fateful battle between good and evil that changes Gabriel's perception of reality and forces him to examine the evil hidden within himself. The One features riveting martial arts and innovative special effects.
TRAILER
DETAILS