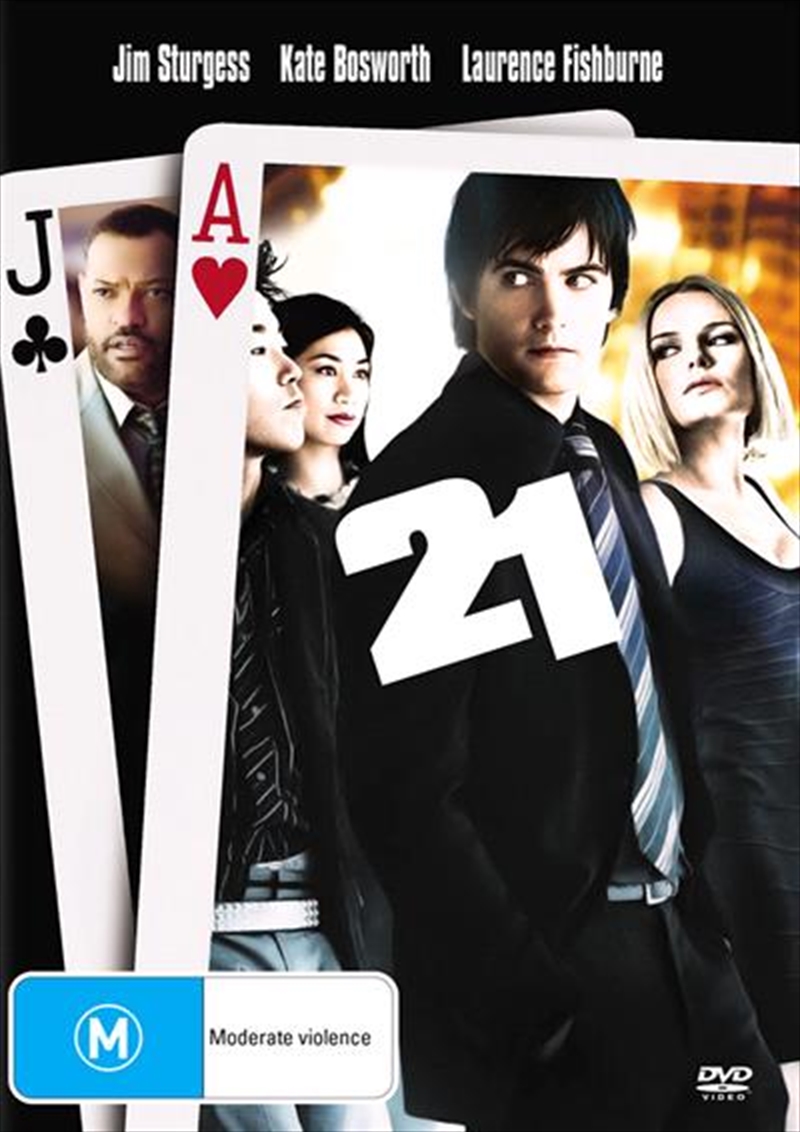 Ben Campbell (Jim Sturgess), a brilliant student at Massachusetts Institute of Technology, needs some quick cash to pay his tuition bills. He joins a group of students who, under the leadership of unorthodox professor Mickey Rosa (Kevin Spacey), use their math skills to win big in Las Vegas. Seduced by a beautiful teammate (Kate Bosworth) and loads of money, Ben learns that the stakes are higher than he ever imagined when he crosses paths with casino enforcer Cole Williams (Laurence Fishburne).