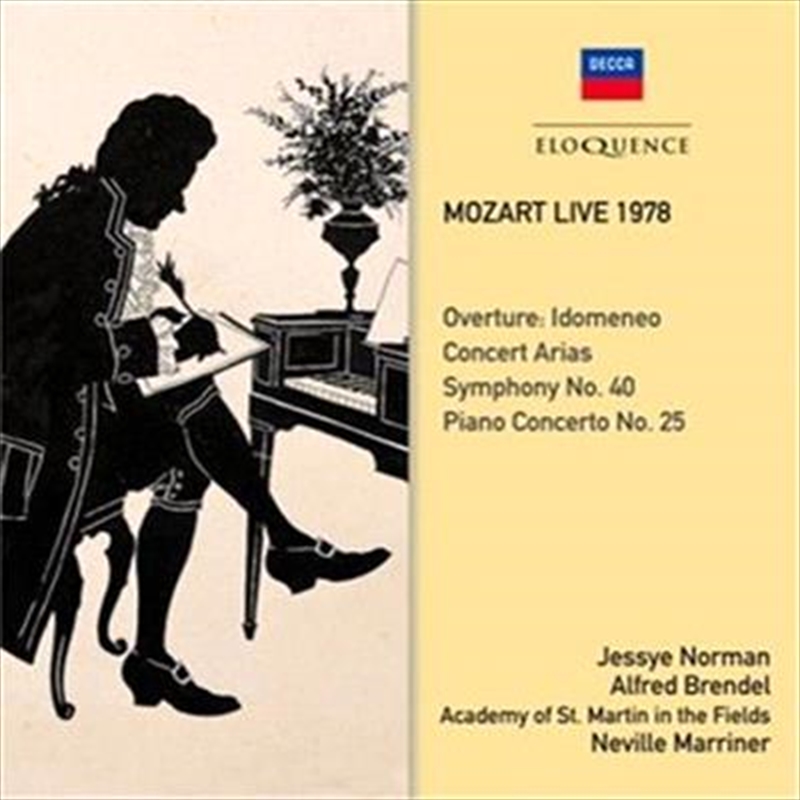 A first-time CD release for a gala concert given by the pre-eminent Mozart interpreters of the late analogue era.

On 27 January 1978 fell the 222nd birthday of Mozart, and the auspicious occasion was marked in Strasbourg, at the Palais de la Musicque et des Congrès, by an ingeniously planned program which spanned a decade of the composer's full maturity. Everyone associated with the concert could boast impeccable Mozartian credentials.

Two concert arias – 'Non più, tutto ascoltai' and the sublime 'Ch'io mi scordi di te' – were sung by Jessye Norman, who at that stage in her illustrious career was still taking on the Mozart soprano roles which had won her acclaim at the Royal Opera. The obbligato soloist in the latter aria was none other than Alfred Brendel, whose credentials as a Mozart pianist need no rehearsal, and he returned in the second half of the concert for the magnificent C major Piano Concerto KV 503 of 1786, which wears the profound good humour of the recently premiered Le nozze di Figaro.

The concert was completed by the Overture to Idomeneo and the Symphony No. 40, KV 550, played by the ensemble which more than any other was associated in the minds of record-collectors, in the UK at least, with the music of Mozart: the Academy of St. Martin in the Fields, led with his unfailing sense of style by its founder conductor, Neville Marriner. Producing the concert for a subsequent 2LP release on Philips was Erik Smith, who went on to mastermind the label's Complete Mozart Edition released in time for the 1991 bicentenary of the composer's death.

Portions of the event have been released on CD before, but never the entire concert, which makes this newly remastered reissue on Eloquence an essential acquisition for all Mozart lovers, enhanced by original sleeve notes and texts and translations of the arias.