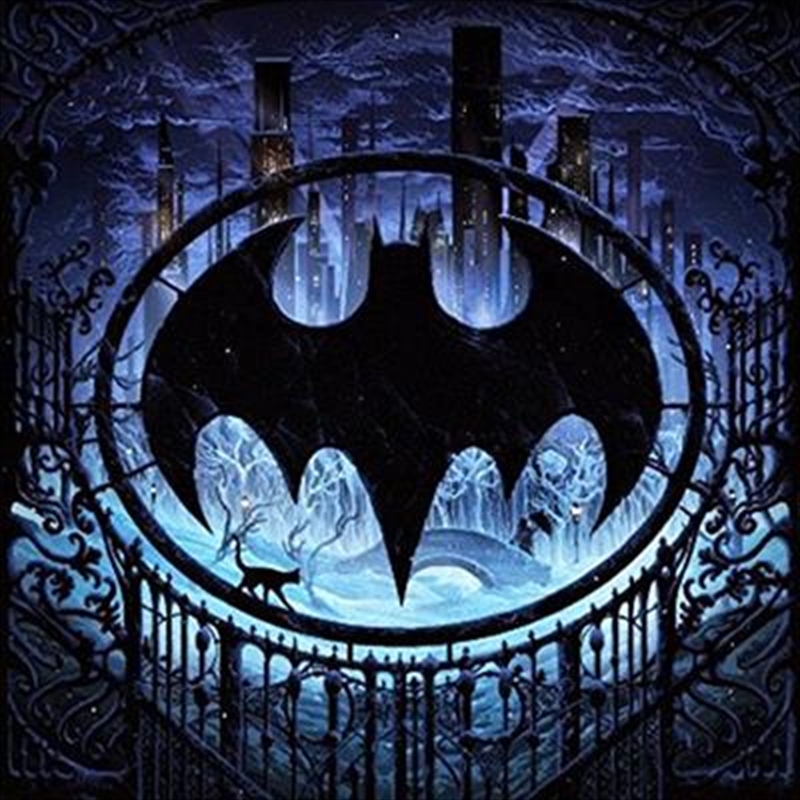 Considering that Batman Returns is an expensive sequel to a blockbuster hit, you might be forgiven for expecting the music (and this album) to completely echo the first movie.
Not so -- but then, the sequel hares off in quite a few new directions compared to the first movie. Some credit has been given Tim Burton's complete control over this movie.
Rather than leaning on rescored and rehashed cues from the first movie, Elfman has instead fashioned a score that consists mainly of new themes and material. The Batman theme is there, of course, larger than life and twice as heroic, but there are additional themes to help define the Penguin, Catwoman and Max Shreck. Both the Penguin and Catwoman themes are of note -- the Penguin, abandoned as a child, is graced with a musical theme that reflects childhood. However, this is childhood seen in a broken mirror. While the use of choral material reflects childhood (much as the choral material did in Edward Scissorhands) it's a dark, warped childhood that's grown into a monstrous evil.
The Penguin, as depicted, has never had the capacity for good -- we see him as a monster within, if as an accident of his warped birth, as well as a monster without.
Elfman's theme reflects this with an amazing subtlety, opening both the film and the album in an effectively chilling manner before we hear the first blast of the Batman theme.
The Catwoman theme, on the other hand, is almost unstructured and does an amazing job of reflecting the nature of an alley cat without resorting to all the cliches. Built on sliding high strings, the theme is sinuous, sexy, chilling and filled with prowling menace, prone to tempo changes without warning.
The effect is stunning, musically and emotionally. The entire album is musically fascinating, representing a major step forward for Elfman, who's turning out to be one of the best composers to come into the film score arena in the past ten years.

B3 Batman Vs. The Circus