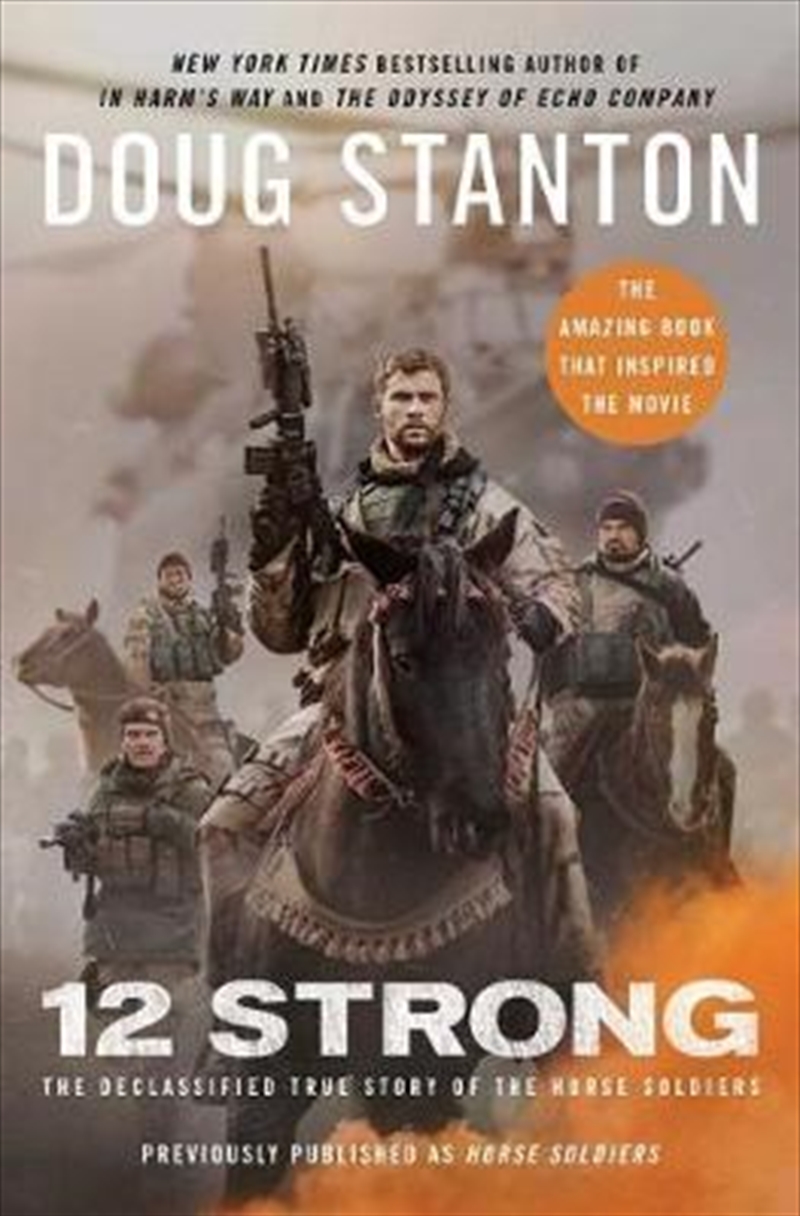 Previously published as Horse Soldiers, 12 Strong is the dramatic account of a small band of Special Forces soldiers who secretly entered Afghanistan following 9/11 and rode to war on horses against the Taliban. Outnumbered forty to one, they pursued the enemy army across the mountainous Afghanistan terrain and, after a series of intense battles, captured the city of Mazar-i-Sharif. The bone-weary American soldiers were welcomed as liberators as they rode into the city. Then the action took a wholly unexpected turn.

During a surrender of six hundred Taliban troops, the Horse Soldiers were ambushed by the would-be POWs. Dangerously overpowered, they fought for their lives in the city’s immense fortress, Qala-i-Janghi, or the House of War. At risk were the military gains of the entire campaign: if the soldiers perished or were captured, the entire effort to outmaneuver the Taliban was likely doomed.