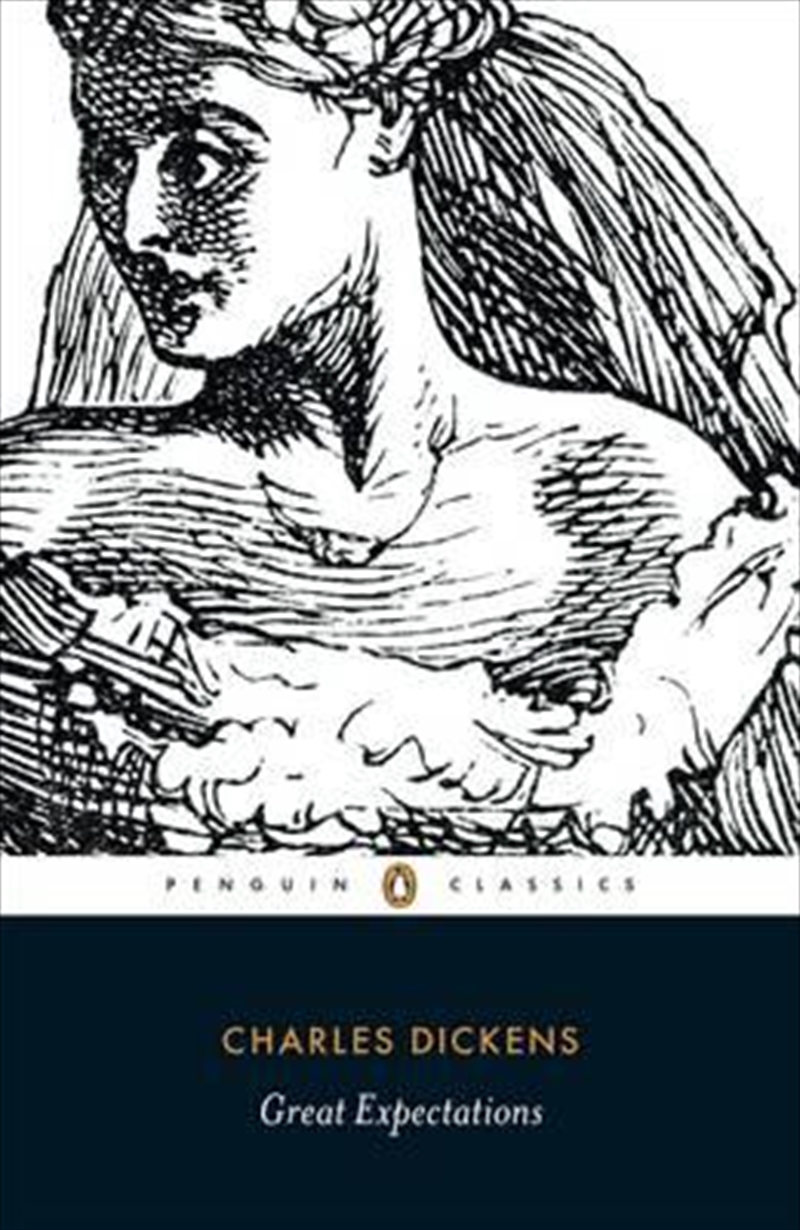 Shipping - See delivery options.
Postcode:
Quantity:
SEE MORE IN:
Book To Screen Adaptations
DESCRIPTION
Charles Dickens's Great Expectations - now a major new film from director Mike Newell (Four Weddings and a Funeral, Harry Potter) - charts the course of orphan Pip Pirrip's life as it is transformed by a vast, mysterious inheritance. This Penguin Classics edition is edited with notes by Charlotte Mitchell, and an introduction by David Trotter.Adapted from Dickens's novel by bestselling author David Nicholls (One Day), Great Expectations stars Ralph Fiennes (The Reader), Helena Bonham Carter (Harry Potter and the Deathly Hallows) and Jeremy Irvine (War Horse) and also features Robbie Coltrane, David Walliams and Sally Hawkins.A terrifying encounter with the escaped convict Abel Magwitch in a graveyard on the wild Kent marshes; a summons to meet the bitter, decrepit Miss Havisham and her beautiful, cold-hearted ward Estella at Satis House; the sudden generosity of a mysterious benefactor - these form a series of events that change the orphaned Pip's life forever, and he eagerly abandons his humble station as an apprentice to blacksmith Joe Gargery, beginning a new life as a gentleman. Charles Dickens's haunting late novel depicts Pip's education and development through adversity as he discovers the true nature of his identity, and his 'great expectations'.This definitive version uses the text from the first published edition of 1861. It includes a map of Kent in the early nineteenth century, and appendices on Dickens's original ending and his working notes, giving readers an illuminating glimpse into the mind of a great novelist at work.Charles Dickens is one of the best-loved novelists in the English language, whose 200th anniversary was celebrated in 2012. His most famous books, including Oliver Twist, Great Expectations, A Tale of Two Cities, David Copperfield and The Pickwick Papers, have been adapted for stage and screen and read by millions. 'Great Expectations is up there for me with the world's greatest novels' - Howard Jacobson
DETAILS