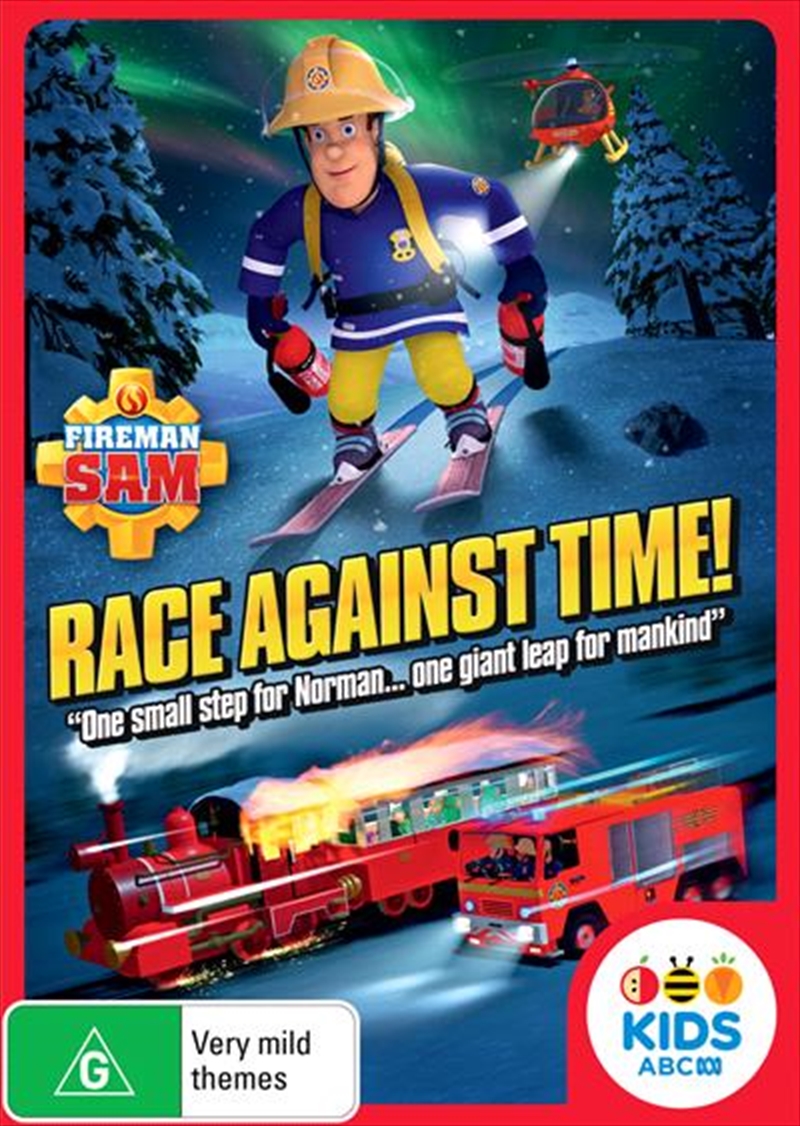 Shipping - See delivery options.
Postcode:
Quantity:
SEE MORE IN:
ABC Kids 3 for $20 Movies & More Cant Seem To Stream
The race is on for Fireman Sam & his team. Gareth is taking the Science class to see the Aurora Borealis but, while preparing Bessie, accidentally trips, knocks off the brake and tumbles from the train. As a cabin fire also breaks out, Gareth watches in horror as the train speeds off without a driver and the children on-board! The fire crew is called but their path is blocked by snow and ice and so Sam makes a bold decision, leaping from the helicopter to ski towards the runaway train. Its a Race Against Time to stop the train before it reaches the end of the line!