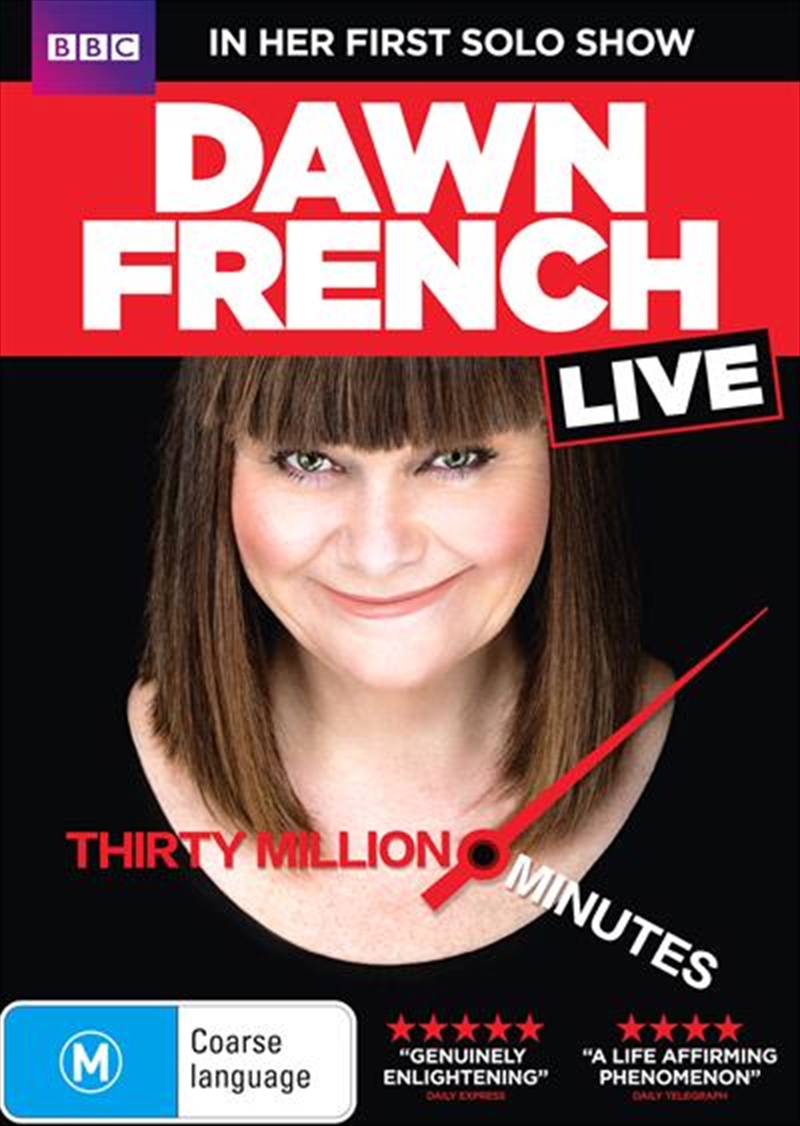 DESCRIPTION
Performing live in Londons West End, legendary comic Dawn French delivers her very first solo show. Directed by theatrical visionary Michael Grandage, Dawn French Live is comedy with a dramatic and emotional flourish. It tells the story of Dawns 30 million minutes on earth and counting. Cancer scares, her fathers suicide, and romantic relationships are all explored. Dawn opens up to her audience, tickles their funny bones and touches their hearts.
DETAILS