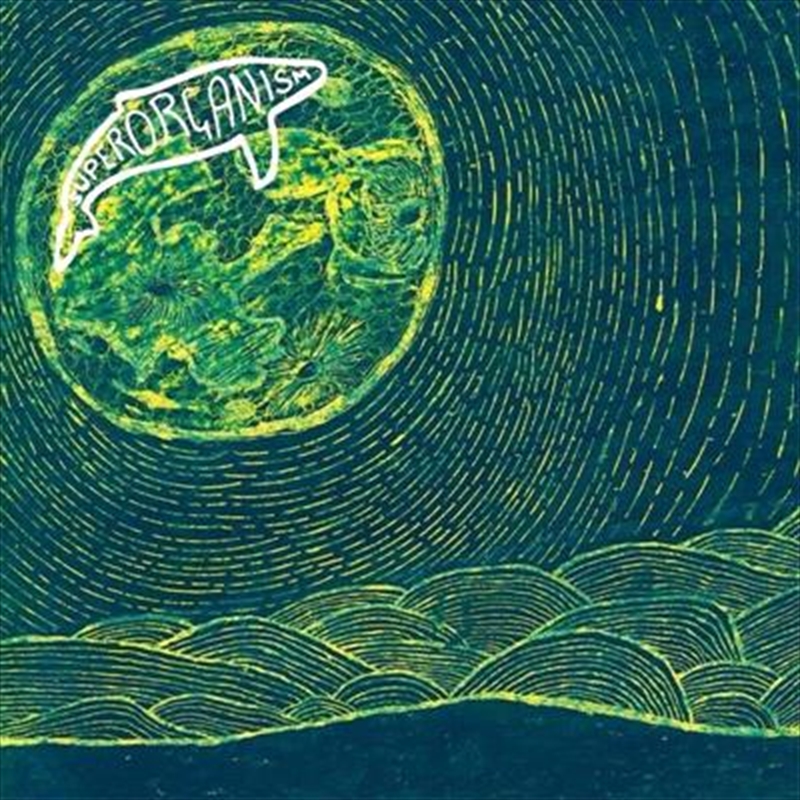 
OCCASIONALLY, ALONG COMES A BAND THAT PERFECTLY CAPTURES SO MUCH OF WHAT IS THRILLING ABOUT MUSIC RIGHT NOW. SUPERORGANISM IS A SPRAWLING COLLECTION OF INTERNATIONAL MUSICIANS AND POP CULTURE JUNKIES, NUMBERING EIGHT IN TOTAL. RECRUITED FROM LONDON, JAPAN, AUSTRALIA AND NEW ZEALAND, THEY NOW LIVE TOGETHER IN A HOUSE- STROKE-DIY STUDIO-STROKE- BAND HQ IN HOMERTON, EAST LONDON.
IT WAS IN THIS HOUSE, IN JANUARY 2017, THAT THE COLLECTIVE HAD THEIR BIG BANG MOMENT. THOUGH THEY'D PREVIOUSLY CREATED MUSIC AND VISUALS TOGETHER, THIS WAS SOMETHING DISTINCTLY FRESH. THEY SENT THE TRACK TO THEIR FRIEND ORONO, A JAPANESE STUDENT WHO AT THAT TIME WAS STUDYING AT HIGH SCHOOL IN MAINE, NEW ENGLAND.
ORONO WROTE AND RECORDED A VOCAL PART AND PRESSED 'REPLY'. WHAT CAME BACK ACROSS THE ATLANTIC WAS AN INTOXICATING PIECE OF IDIOSYNCRATIC, TECHNICOLOR POP. THAT TRACK WAS 'SOMETHING FOR YOUR M.I.N.D.'. SUPERORGANISM WAS BORN.
ONE YEAR LATER, ALMOST TO THE DAY, THE BAND HAVE ANNOUNCES THEIR SELF-TITLED DEBUT ALBUM, DUE FOR RELEASE ON DOMINO ON MARCH 2ND, 2018: A FESTIVAL- READY FULL-LENGTH RICH WITH BONAFIDE SUMMER ANTHEMS, GENIUS SAMPLES AND THEIR TRADEMARK PATCHWORK PRODUCTION.

Superorganism are not your average band. This dynamic eight piece hail from all different corners of the world and came together via social media and Skype before relocating to London where they are now based. Their debut self titled album hears them mixing together their psychedelic indie-pop sound with a very experimental production that genre bends and delivers some future cool festival moments. With a string of singles already released and a tracklisting of only 10 songs by the time this album was released we had already heard half of the record. “Everybody Wants To Be Famous” is the big pop moment that has the potential to break them into the mainstream market while album opener “It’s All Good” pieces together different samples to offer a very theatrical and DIY sound. “Nobody Cares”, “Reflections On The Screen” and “Something For Your M.I.N.D.” deliver a more psychedelic influenced sound with alternative production. “Nobody Cares” has a really pessimistic tone to the production when really this song is actually really positive and supports a carefree lifestyle. And that’s only one example of the very cool layers that their tracks embody. “SPRORGNSM” is a playful and ridiculous track that will have you ecstatically singing along to the hook “I wanna be a superorganism”. While “Relax”, “Night Time” and “The Prawn Song” will have you instantly bopping along to their joyous beats. But “Nai’s March” gets lost in the over the top production and makes the song a little forgettable. But overall this album is very impressive, original and stands out amongst this predictable pop that is taking over the industry recently.
See more from Thomas on his website
DETAILS

2. Everybody Wants To Be Famous

4. Reflections On The Screen