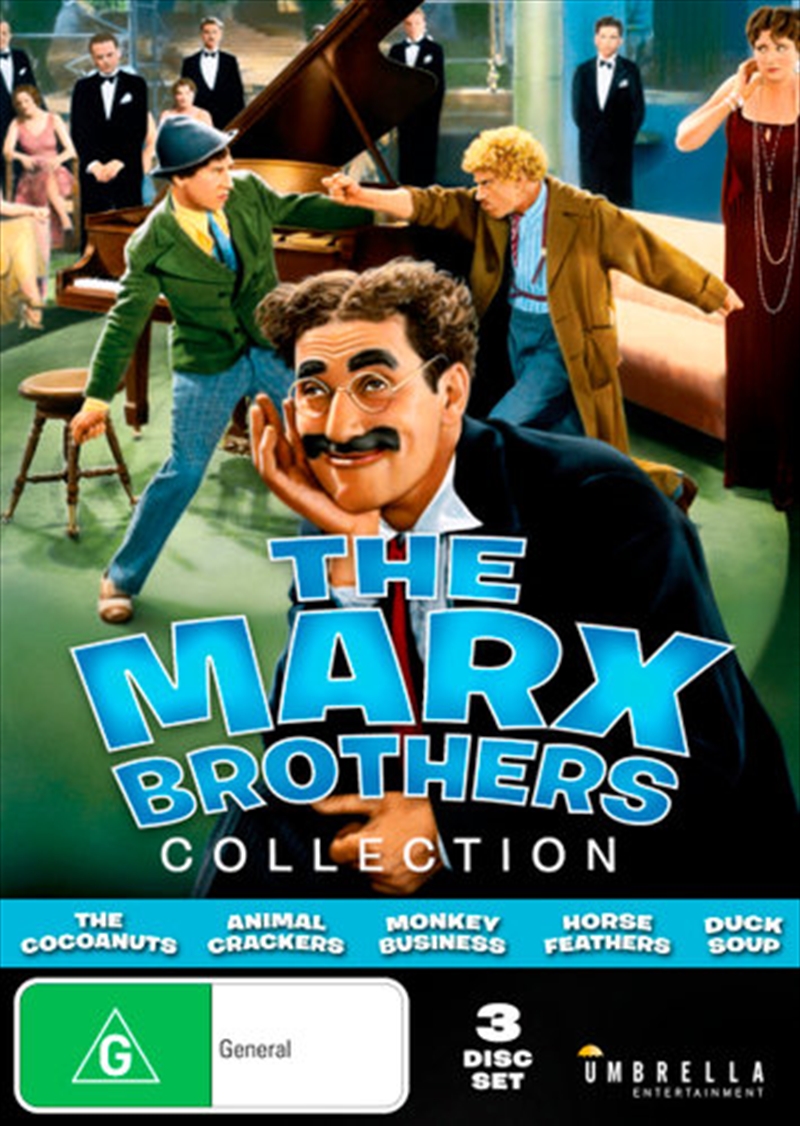 The Marx Brothers--Groucho, Harpo, Chico and Zeppo--are the reigning kings of comedy chaos and remain one of the most iconic comedy teams of all time. From their early days in Vaudeville and on Broadway through their wildly popular motion pictures, The Marx Brothers kept audiences of all ages laughing out loud with some of the most hilarious routines ever imagined. The Marx Brothers Collection captures the very best of the comedy team and includes 5 movies that includes all four brothers. Filled with unforgettable comedy African explorer arrives.

MONKEY BUSINESS (1931): When a quartet of stowaways get mixed up with gangsters and a kidnapping during an ocean voyage, they attempt to foil the bad guys in improbable fashion.

HORSE FEATHERS (1932): The new president of Huxley College, Professor Quincy Adams Wagstaff, recruits a pair of football players--at least he thinks they are football players--for the big game against a rival school.

DUCK SOUP (1933): When Freedonia's new president, Rufus T. Firefly, declares war on neighbouring Sylvania with the help of two of their remarkably inept spies, Ambassador Trentino does not stand a chance!

THE COCOANUTS (1929): During the Florida land boom, The Marx Brothers run a hotel, auction off some land, thwart a jewel robbery, and generally act like themselves.

ANIMAL CRACKERS (1930): Mayhem and zaniness ensue when a valuable painting goes missing during a party in honour of famed African explorer Captain Spaulding.