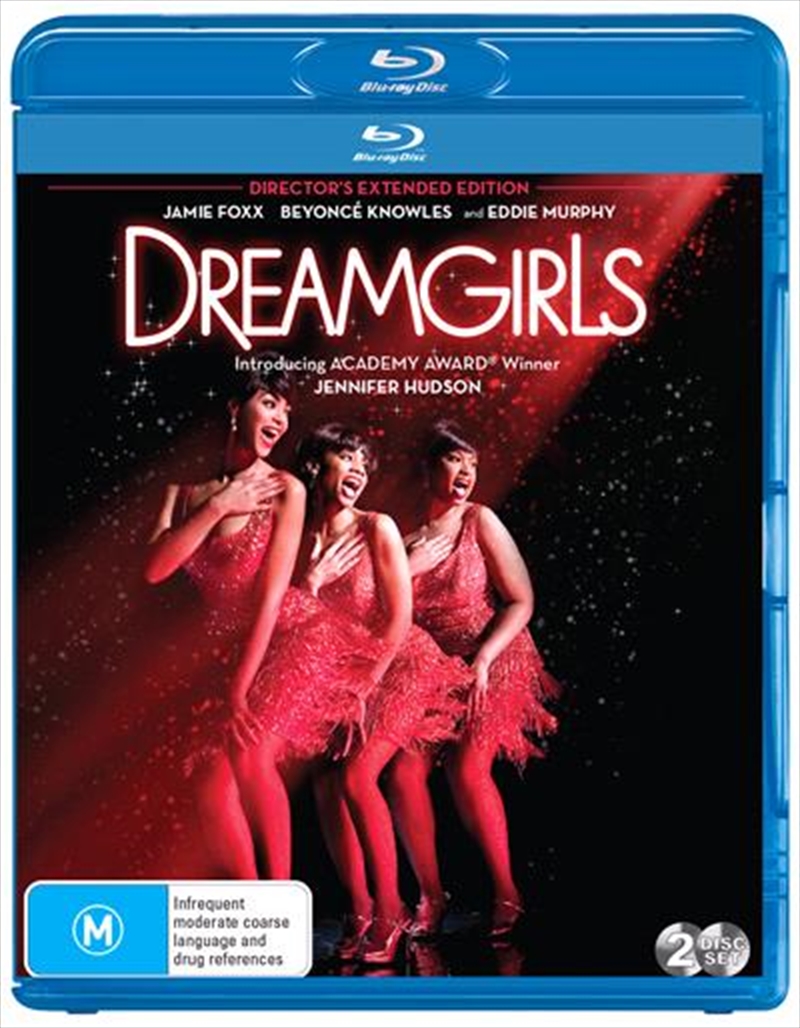 One Dream Will Change Everything

Director Bill Condon brings Tom Eyen's Tony award-winning Broadway musical to the big screen in a tale of dreams, stardom, and the high cost of success in the cutthroat recording industry. The time is the 1960s, and singers Effie (Jennifer Hudson), Lorrell (Anika Noni Rose), and Deena (Beyonc Knowles) are about to find out just what it's like to have their wildest dreams come true. Discovered at a local talent show by ambitious manager Curtis Taylor Jr. (Jamie Foxx), the trio known as the Dreamettes is soon offered the once-in-a-lifetime opportunity of opening for popular singer James Thunder Early (Eddie Murphy). Subsequently molded into an unstoppable hit machine by Taylor and propelled into the spotlight as the Dreams, the girls quickly find their bid for the big time taking priority over personal friendship as Taylor edges out the ultra-talented Effie so that the more beautiful Deena can become the face of the group. Now, as the crossover act continues to dominate the airwaves, the small-town girls with big-city dreams slowly begin to realize that the true cost of fame may be higher than any of them ever anticipated.
TRAILER
DETAILS