You, Me And Dupree 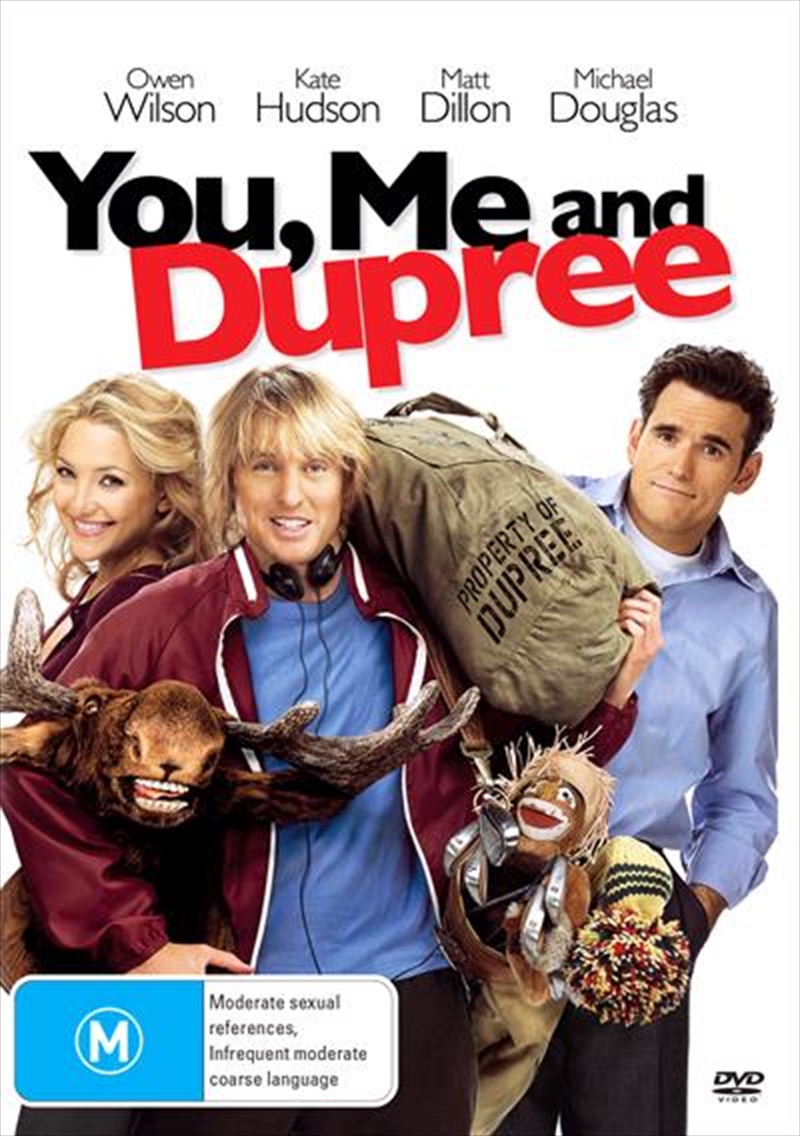 You, Me And Dupree

Carl and Molly Peterson (Matt Dillon, Kate Hudson) are just starting their new life together--complete with a cute house, boring neighbours, stable jobs and the routines of newlywed existence. There's just one unfortunate hitch in their perfectly constructed new world... And his name's Dupree. Randy Dupree (Owen Wilson), Carl's oldest friend and perpetual bachelor, has found himself with nowhere to go after being fired. Carl yanks his jobless/homeless pal out of the bar he's living in and invites him to temporarily crash on the couch--that's just what friends do. At first, Carl is quite pleased to have his good buddy as a permanent couch guest, while Molly bears the brunt of Dupree's immature antics. But, as Carl becomes buried in his grown-up job, he finds it harder and harder to juggle Dupree and his responsibilities as a husband. To make matters worse, Dupree uses his ample spare time to become a great companion for Molly. Even her dad (Michael Douglas) and the neighbours are falling for his carefree wisdom and charm--frustrating Carl to no end. Soon, everyone (but Carl) begins to root for Dupree to stick around. But as Dupree starts to become a fixture in the Peterson's home, three becomes not just a crowd...but a full-blown, hilarious catastrophe.
TRAILER
DETAILS

Title: You, Me And Dupree