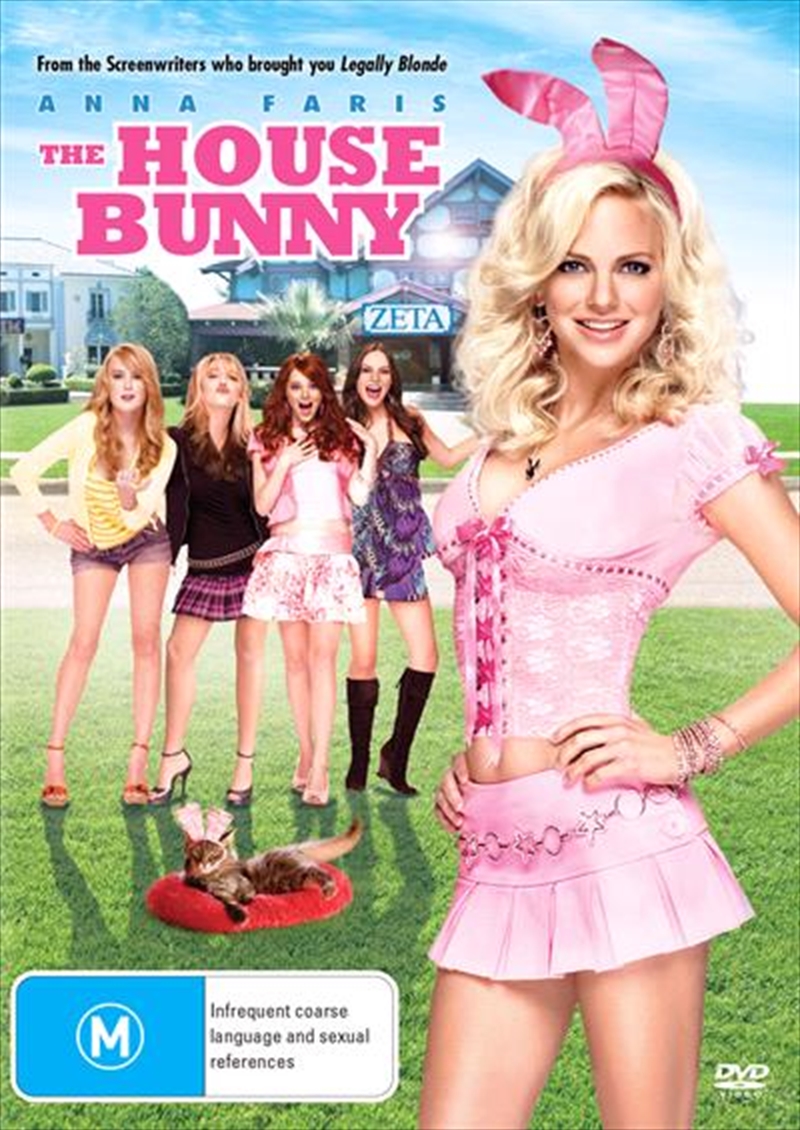 'The House Bunny' stars Anna Faris (Scary Movie) as Shelley Darlington, a Playboy Bunny who teaches an awkward group of college girls about the opposite sex ? only to learn that what boys ultimately want is what?s on the inside. Shelley is living a carefree life until she gets tossed out of the Playboy Mansion. With nowhere to go, fate delivers her into the lives of a group of socially challenged university girls, who will lose their campus house if they can?t attract new members. In order to accomplish their goal, Shelley needs to pull out all her playmate tricks and give them a crash course in the ways of makeup and men. Meanwhile, Shelley learns the hard way that she needs some of what the girls have ? a sense of individuality. When sexy meets smart they all learn to stop pretending and start being themselves.
TRAILER
DETAILS