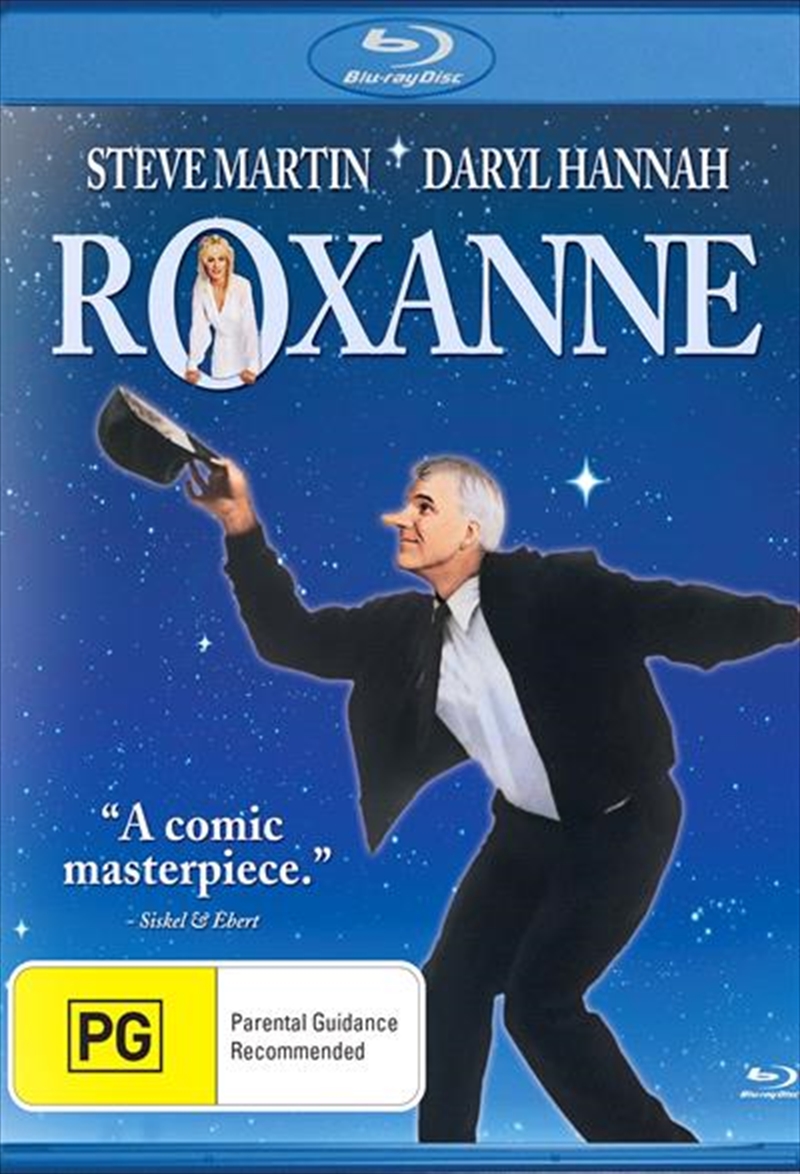 Roxanne dreamed of a handsome, intelligent, romantic man. C.D. Bales is two out of three... but looks aren't everything!

Comic genius Steve Martin delivers an incredible performance as an engaging small town fire chief who has only one tiny flaw - no, make that one HUGE flaw - his astonishingly long nose. Although he considers it no laughing matter, the hilarity never stops as C.D. Bales (Martin) contends with jerky nose jokes, a bumbling crew of firemen, and his secret love for gorgeous astronomy student Roxanne (Daryl Hannah). Unfortunately, she is attracted to fireman Chris (Rick Rossovich), who's tall on looks and short on conversation. And when C.D. agrees to coach the dumbstruck Chris in his pursuit of the fair maiden, this ticklish triangle dissolves into a hilarious series of rib-tickling romantic misadventures. A contemporary love story of mistaken identity and unrequited love, ROXANNE is an unforgettable comedy that Siskel & Ebert call a comic masterpiece.
TRAILER
DETAILS