I Now Pronounce You Chuck And Larry 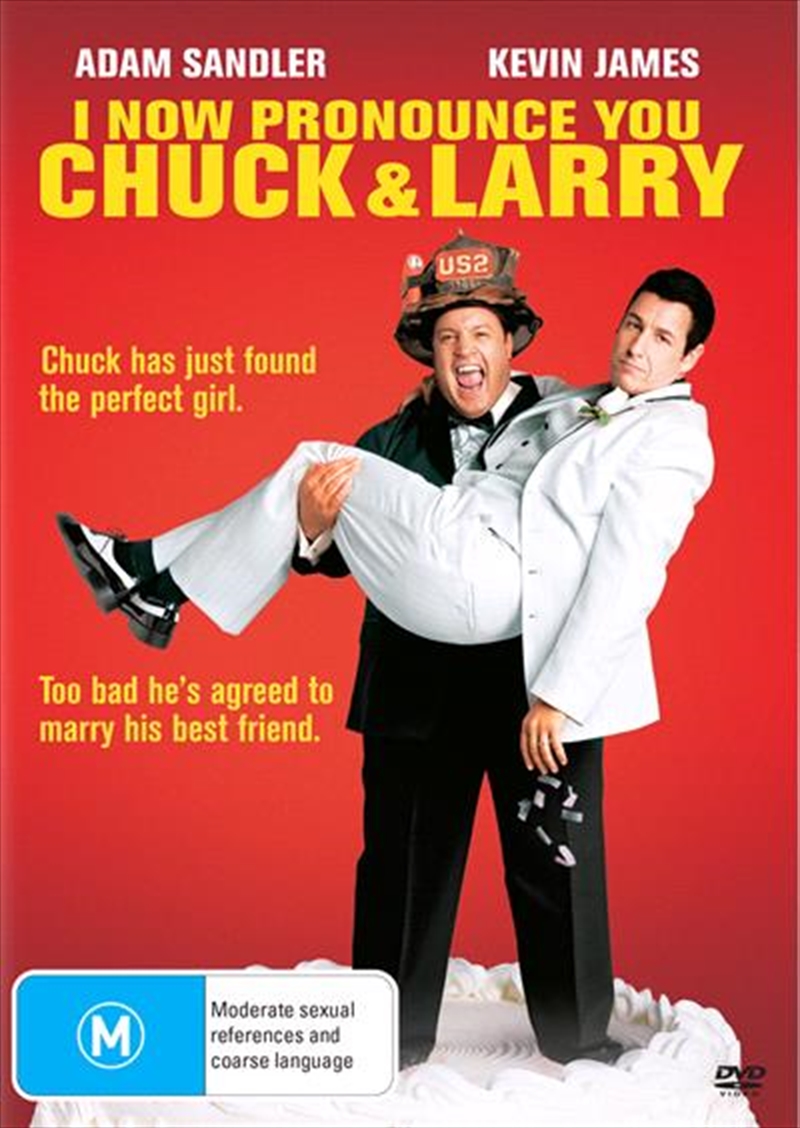 I Now Pronounce You Chuck And Larry

Shipping - See delivery options.
Postcode:
Quantity:
SEE MORE IN:
Shocking Clearance Movies & TV Clearance
DESCRIPTION
They're as straight as can be, but don't tell anyone.

Chuck Levine and Larry Valentine are the pride of their fire station: two guy's guys always side-by-side and willing to do anything for each other. Grateful Chuck owes Larry for saving his life in a fire, and Larry calls in that favour big time when civic red tape prevents him from naming his own two kids as his life insurance beneficiaries. But when an overzealous, spot-checking bureaucrat becomes suspicious, Chuck and Larry are forced to improvise as love-struck newlyweds.
TRAILER
DETAILS

Title: I Now Pronounce You Chuck And Larry