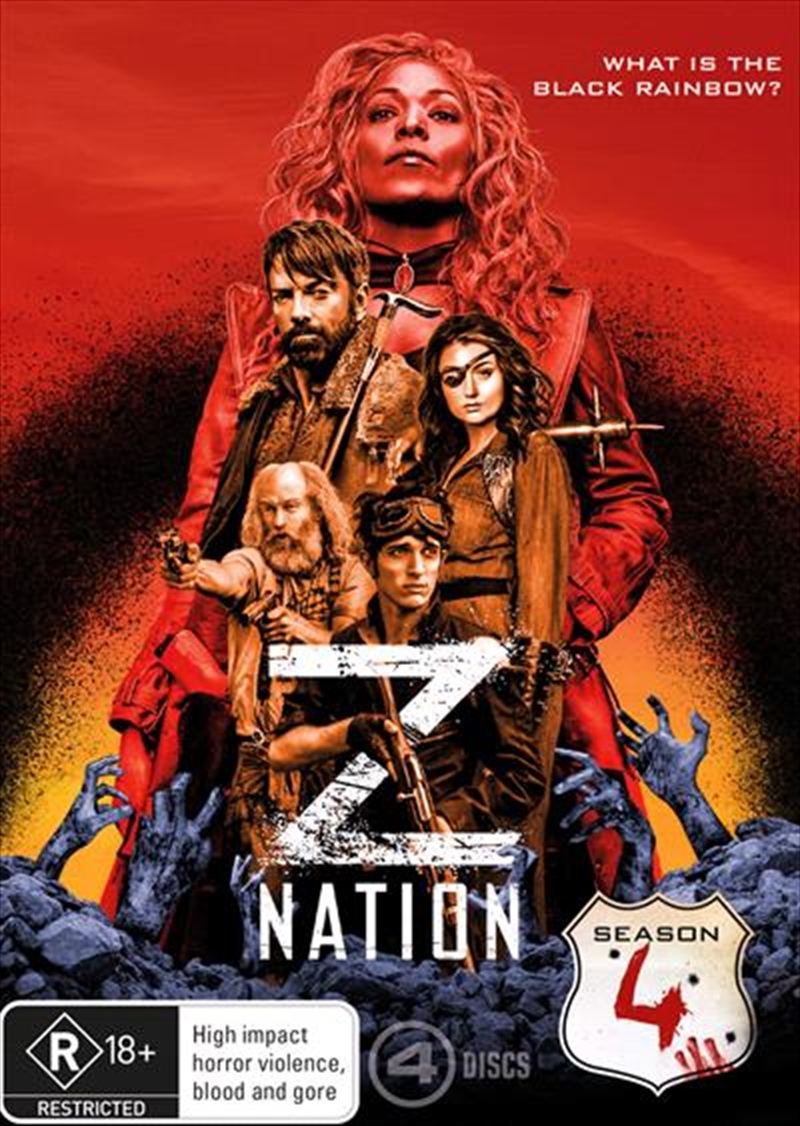 Z NATION follows a team of everyday heroes, led by Lieutenant Warren (Kellita Smith), during their epic struggle to save humanity. Season 4 begins with a mind-bending jump in time. Murphy and Warren find themselves alive in Zona, the zombie free playground for billionaires. Meanwhile, the rest of our heroes are fighting alongside the last of the humans against the mutated Zombie Virus and the unkillable MAD-Z's. Warren's mysterious dream of a black rainbow and flesh-eating black rain propels the season forward and puts our heroes in the middle of an even worse Zompocalypse. Here they will have to battle Jugalo Zombies and find the Zombified President of the United States - or at least his thumb.