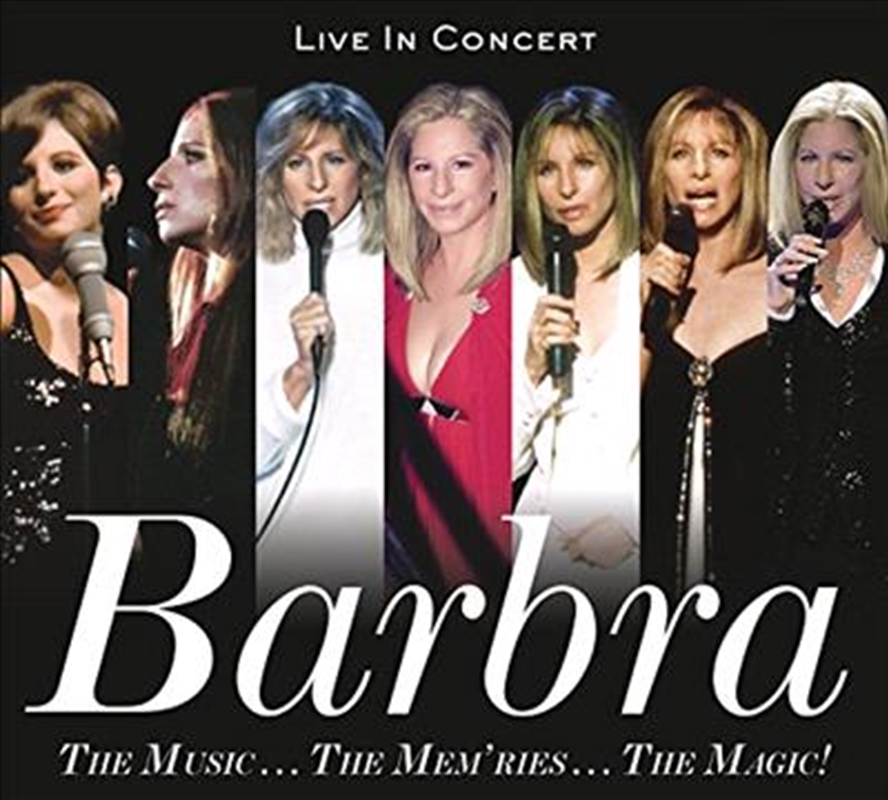 The Music…The Mem’ries…The Magic! is the live recordings of Barbra Streisand’s triumphant concert tour of the same name in 2016. This collection captures the iconic songstress culminating her 13 city tour in Miami, Florida on December 5th, 2016. The Music…The Mem’ries…The Magic! features the entire concert performance and all of Barbra’s dialogue including her reflections on making some of this music, her film career, and what it was like to make her most recent # 1 album, ENCORE Movie Partners Sing Broadway (with Seth MacFarlane, Alec Baldwin, Chris Pine, Jamie Foxx, Antonio Banderas, Anne Hathaway, Hugh Jackman, Patrick Wilson, Melissa McCarthy, Daisy Ridley). This career spanning collection also includes a performance of “Climb Ev’ry Mountain” with special guest, Jamie Foxx.

The Music…The Mem’ries…The Magic! tour reviews were consistently stunning. The New York Times wrote that Barbra “continues to make the finale of “Don’t Rain on My Parade” sound like a space shuttle leaving Earth.” This collection impresses from the moment she begins to sing, and is a must for every Barbra Streisand fan. The release of The Music…The Mem’ries…The Magic! album accompanies the airing of the filmed version of this concert, to premiere on Netflix on Wednesday, November 22nd, 2017.

Barbra Streisand is the only recording artist in history to achieve a # 1 Album in six consecutive decades. She has recorded 52 gold, 31 platinum and 13 multi-platinum albums in her career. She is the only woman to make the All-Time Top 10 Best Selling Artists list. Streisand has had 34 albums make the Top 10 on the US charts. She is the only female artist to have achieved this milestone, tying her with Frank Sinatra. Streisand is the female artist with the most number one albums in Billboard’s history. Streisand has attained unprecedented achievements as a recording artist, actor, concert performer, producer, director, author and songwriter. She has been awarded two Oscars, five Emmys, the Gold Globes and eight Grammys.

The Way We Were

Being At War With Each Other

No More Tears (Enough Is Enough)

You Don’t Bring Me Flowers

Papa, Can You Hear Me?

How Lucky Can You Get

Don’t Rain On My Parade

With One More Look At You

I Didn’t Know What Time It Was